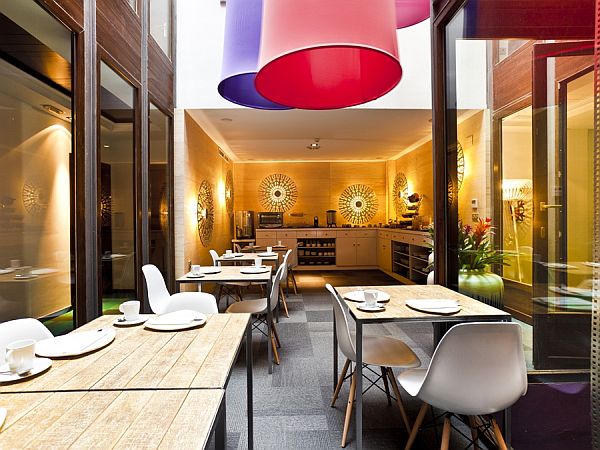 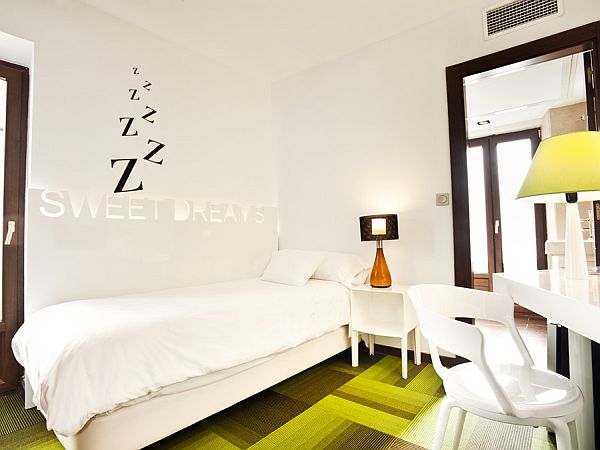 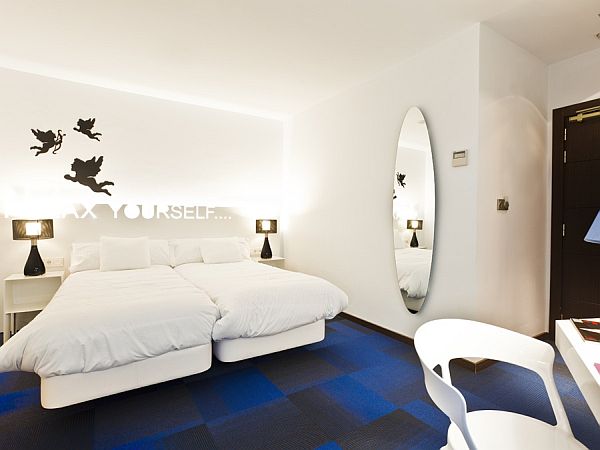 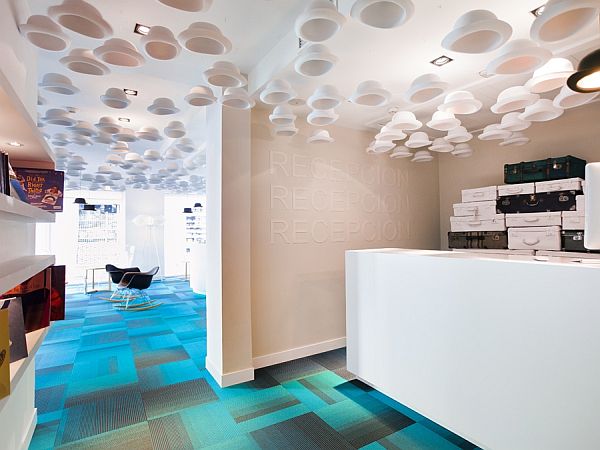 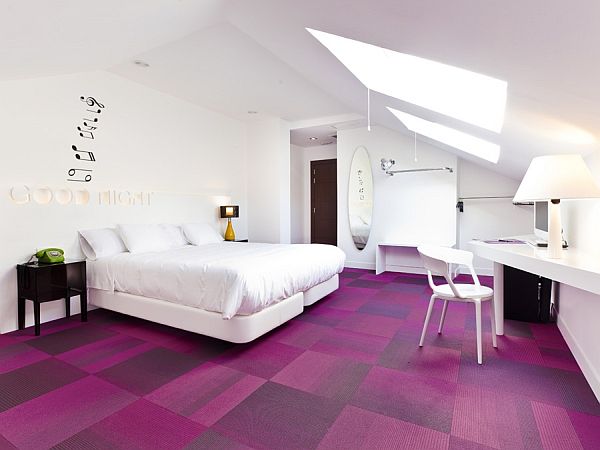 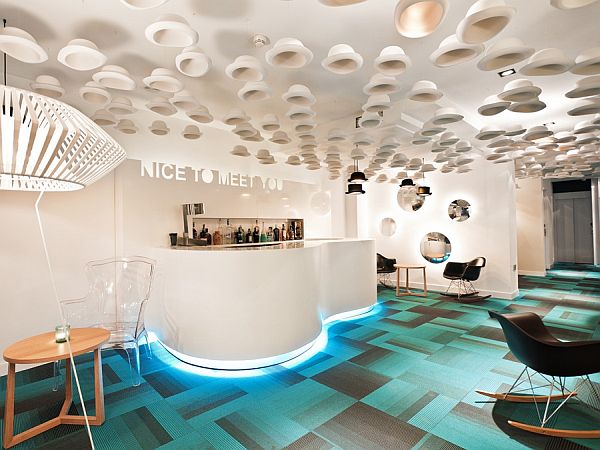 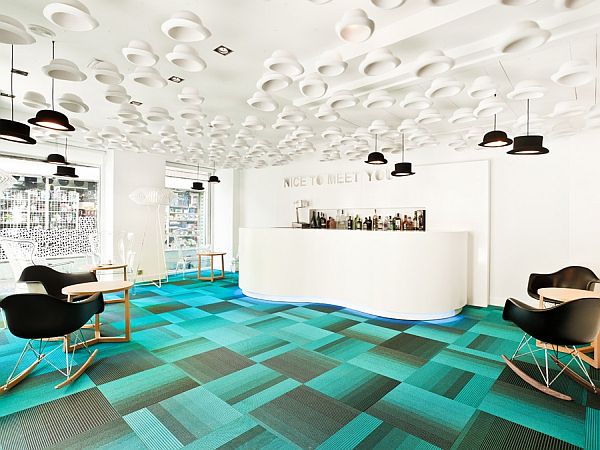 The next hotel will blow your mind away by its originality. It’s not a sophisticated design hotel, as it goes by simple lines and forms, but the chromatic play gives it all the flavor. Portago Urban hotel designed by Ilmiodesign is situated in Granada, Spain, although the specialist say it has lots of British characteristics. The hotel is not very large, being structured on a grown floor, three upper floors and a terrace.

As you enter the hotel you are amazed by his incredible interior design. The walls are painted in white, which makes it look simple, but the contrasts on the floor and ceiling make you understand you are not in a ordinary place. The designer played with this  un and down contrast, leaving the white walls simple, like a neutral zone. The ground floor’s ceiling has some English bowler hats which are a symbol of a distinguish space. They are so many that you will have the impression that it’s a matter of time until one will fall to your head.  The ground floor gathers a reception, a coffee bar and a breakfast room.

The three upper floors house twenty-five bedrooms. All the levels, including the one on the floor, are reunited as design by the carpets. All the floors are covered with colored InterfaceFlor carpets which have a modern geometrical design based on contrasts and hues of the same color. They actually give the impression of a colored light coming out from the floor. On the hotel’s roof there is a terrace which offers you a panoramic view of the landscape.