Located in Mississauga, Canada, these two towers are just about to be completed. The project was designed and created by MAD Architects that in 2006 won the international competition to design the towers. The construction had to be completed in late 2009 but, as we all know, these things usually take longer than expected.

The whole project consists in five amazing towers called The Absolute Condos. There are five of them because the first ones were so successful that the developers announced another one that will be the fifth and final tower. The project is a combination of glass, concrete and steel. The overall image is very modern and beautiful. Everyone has noticed the beautiful shape of the towers. That’s actually why the first Absolute tower has been nicknamed Marilyn Monroe by the locals. The towers are 56-story buildings and they manage to get in touch with the sun and wind, as the designers wanted. 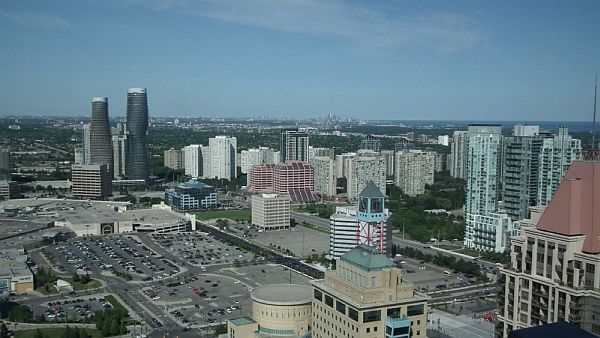 The towers stick together resembling human beings that just gathered to chat. The whole project is a great example of modernism and how it can make the city more beautiful. Obviously, the towers have become a landmark in the area. They are a combination of sturdy structures and soft and beautiful silhouettes. Unlike most of the buildings and towers, the Absolute Towers have completely eliminated the vertical lines managing to find another way, more poetic, of expressing height.