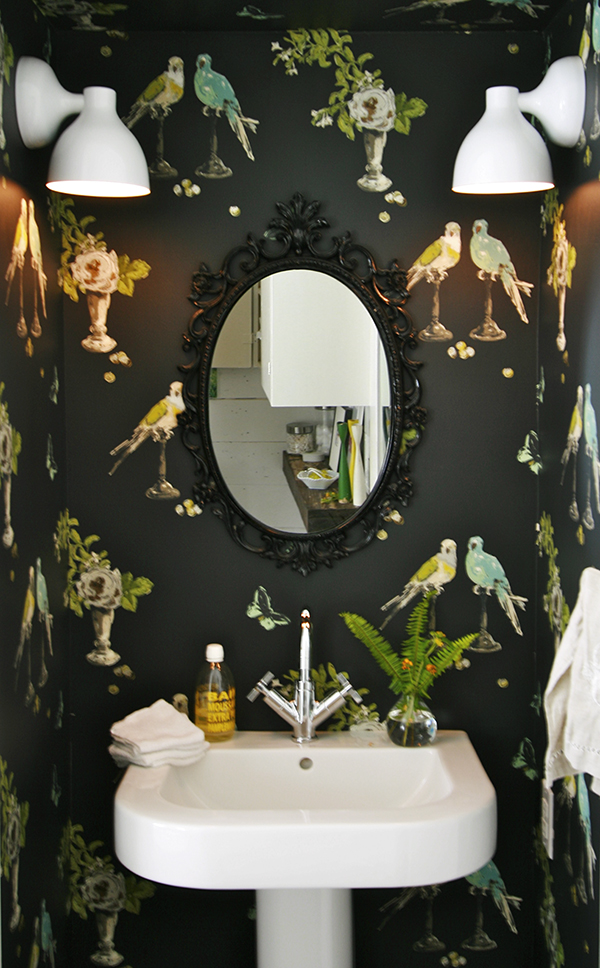 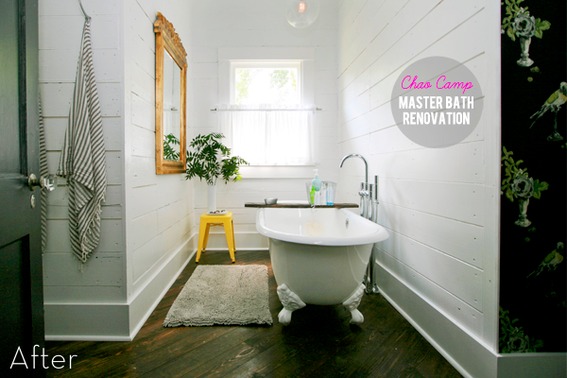 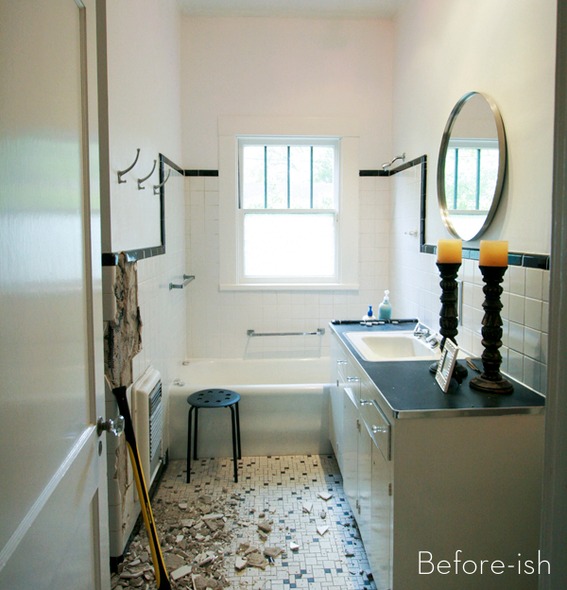 Be your bathroom as beautiful as it may, at one point you’re still going to feel the need for a change. Everything grows old, including furniture and interior decors. This bathroom, as you can see, was not a complete disaster when its owners decided to transform it. It fact, it was simple and quite nice actually. But it didn’t have anything that would allow it to stand out. As a result, its owners decided it was time for a makeover.

During the process, many changes have been made. The bathroom is almost unrecognizable. What used to be simple and boring is now chic and stylish. Many of the basic elements have been modified. For example, the tiled floor was replaced with a lovely wooden floor with a dark stain, not a very common feature for bathrooms but one that matches this décor beautifully. The walls also underwent some serious changes. They are now completely white and no longer have that portion covered by stoneware.

Notice that the bathtub has been relocated and replaced with a freestanding unit that not only saves space but also adds style. The mirror is now placed on the opposite wall and has a chic golden frame. And since the cabinet and sink were removed, the basin had to be replaced as well. It now has its own little corner featuring beautiful wallpaper with stylish prints and a black background. It’s like a sanctuary now. The black mirror with intricate details on the frame also fits wonderfully in that space.{found on abchao}.