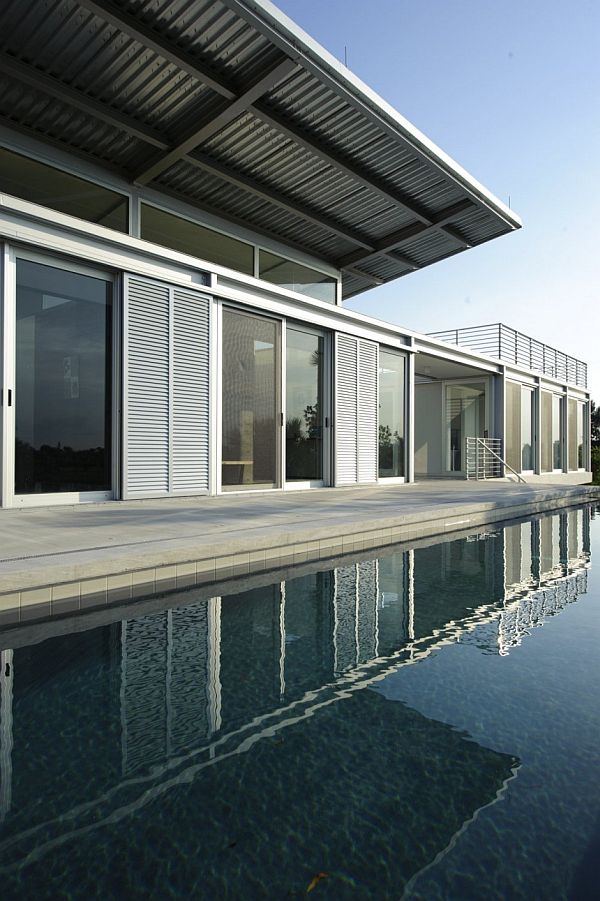 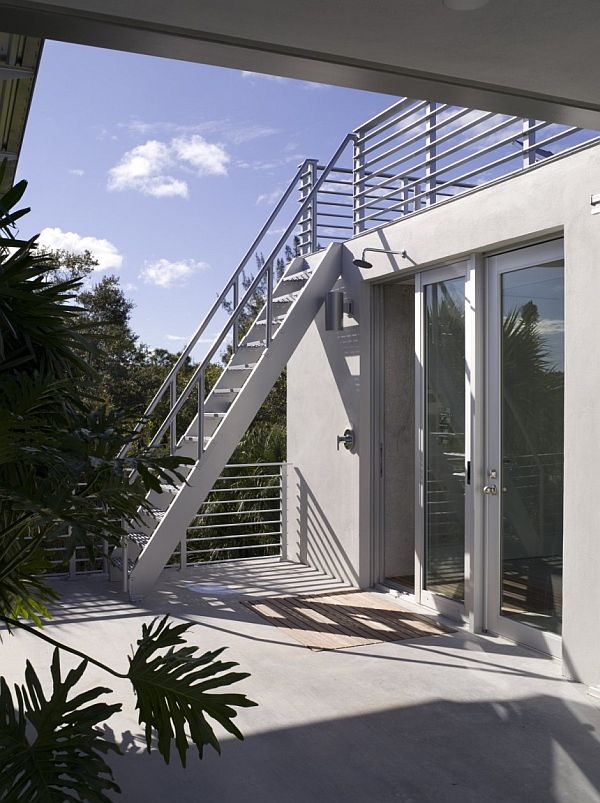 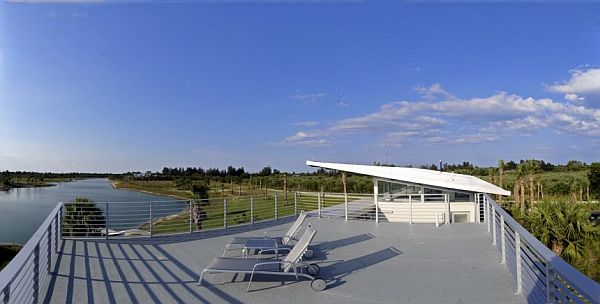 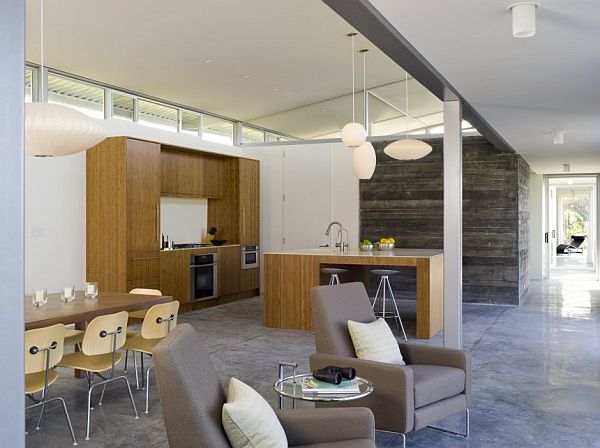 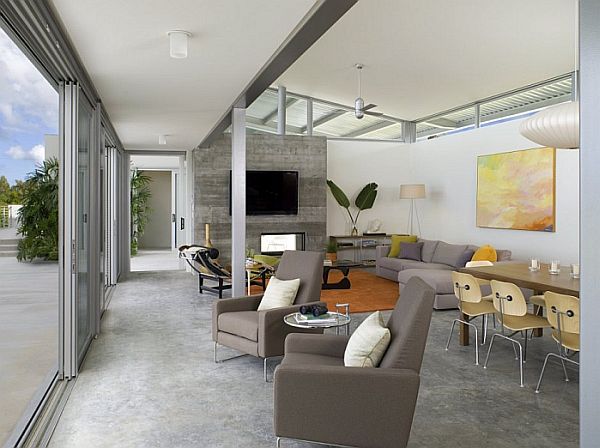 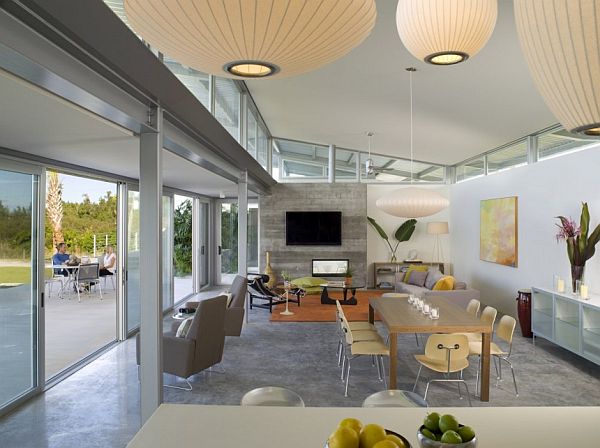 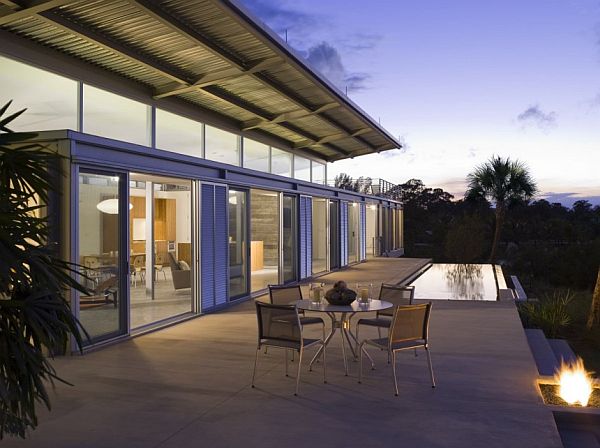 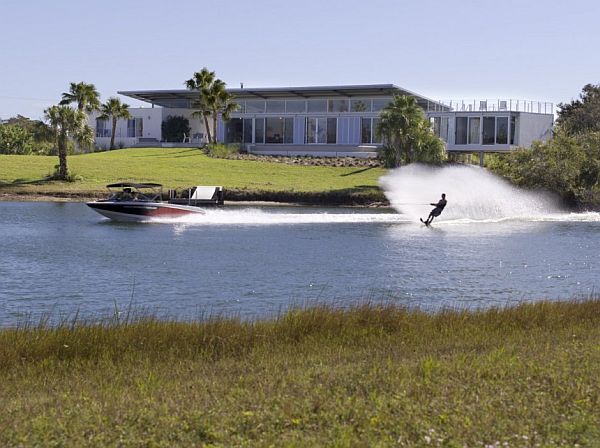 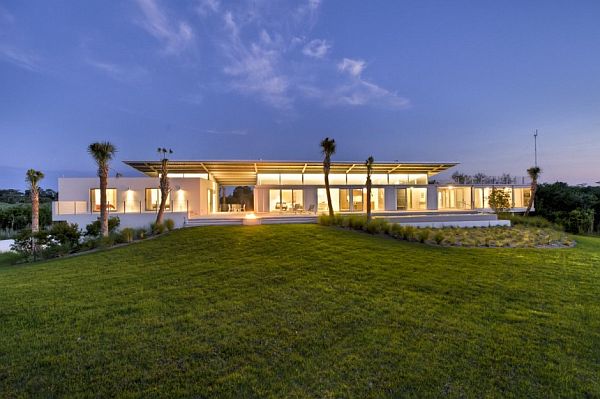 The so-called “Ski House H2O” is a building located in Hobe Sound, Florida designed by Hughes Umbanhowar Architects. Its owners are water ski fans, a proof in this respect being the fact that the existing artificial lake has been modified in order to be used for water skiing. The entire design has the role of  engaging the lake in many ways.

The building in itself follows the pattern of a simple bar divided into 3 areas: a wing for guests, a public space and a main bedroom.  All these three wings are united under the same metal roof which, at the same time, offers  shade to the lakeside terrace. The covered spaces between the wings are used to maximum, with exterior fireplaces, an exterior shower.

The materials used are modest, thing that gives the entire building an air of simplicity; the exposed concrete is a dream and the typology, the program, the light, the air and the surrounding environment in general are refreshing.

The place is not expensive, but it has that essential dramatic character, it is a simple but elegant home, everything being beautifully balanced. The kitchen is simple and adequate, it is perfect and it makes you want to try it. The entire concept of the house, its location, the building in itself and the surrounding area are the best example of simplicity and balance.