Nakanosawa House is the residence of two families from Sapporo, Japan. The construction was designed by Code Architectural Design in order to shelter two brothers and their wives “under the same roof”, but in two  separate households, with two different layouts for each place. One of the households has the maximum possible height, being an open space which has only some windows  opening to the exterior, while the other has a rather law profile and modest proportions. 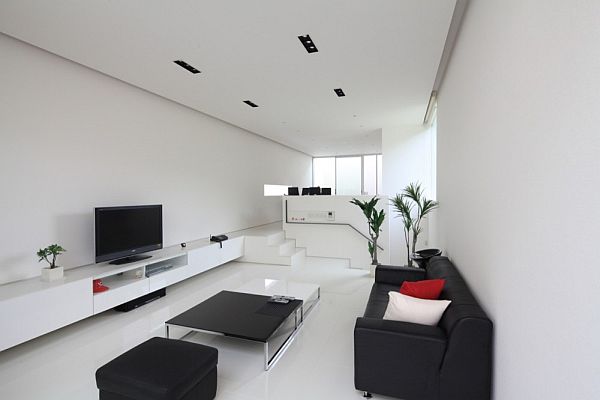 Both households have a common space, the garage, which seems to have a unifying function, like an indispensable particle which holds things  together, into a single, unified whole; also common are the enclosed terraces with large windows which give the impression of a wider space. Watching the house from outside, the first thing that you see is the low profile and the modest proportions, but if you take some time and carefully analyze the entire area, you change your mind and  start seeing the advantages. 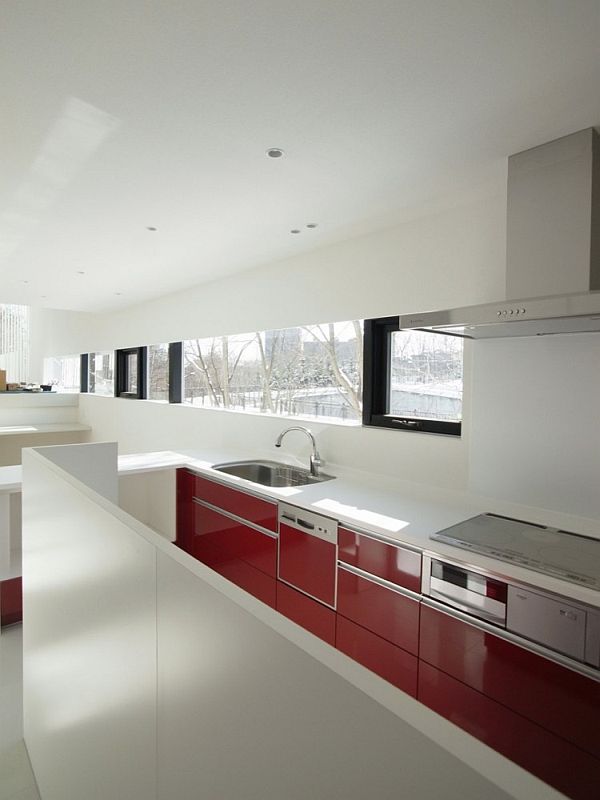 For example, the green area surrounding the building has its role in offering a pleasant perspective over the environment and it is important for natural day light or providing shadow;  the interior is black and white, with some tones of red which animate the entire atmosphere, the simple furniture, the white stairs, everything  emphasizes the concept of modernity and elegance which characterizes the residence.