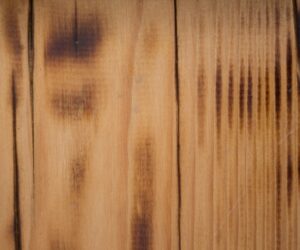 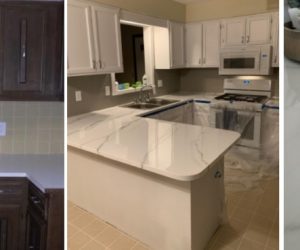 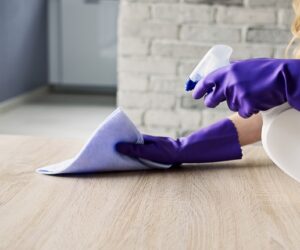 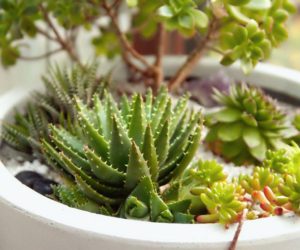 It doesn’t draw much attention when seen from the outside. It has a minimalist exterior, a white façade, a pitched roof and large windows. It’s a simple house. However, it has a few details that make it stand out. For example, the pitched roof is slightly asymmetrical and rests on one side which makes the windows sit at different heights as well.The interior is the most surprising. It’s still simple but it’s also very refreshing and dynamic. The background is plain and white and most of the furniture is white as well.

However, there are plenty of small accent pieces that have been carefully and strategically placed precisely to add color and to draw attention. All these little details are scattered throughout the rooms and they feature various colors. The colors are nicely combined and they don’t clash but rather complement each other.

The living area has a fireplace that has been painted white and almost disappears into the wall. The built-in furniture is a common element in all the rooms. It’s a clever way of maintaining an open and airy décor and of creating the impression of a larger space. The wooden flooring has a light finish throughout and also contributes to the overall simple and fresh design. The floor-to-ceiling windows let in large amounts of light while also providing beautiful views of the surrounding landscape.{found on site}.