Love Homedit? Follow us
By Simona Ganea | Published on Aug 29, 2012
of 2
bathroom-after-renovation
bathroom-before-renovation
A complete bathroom makeover for only $500
Buy Now 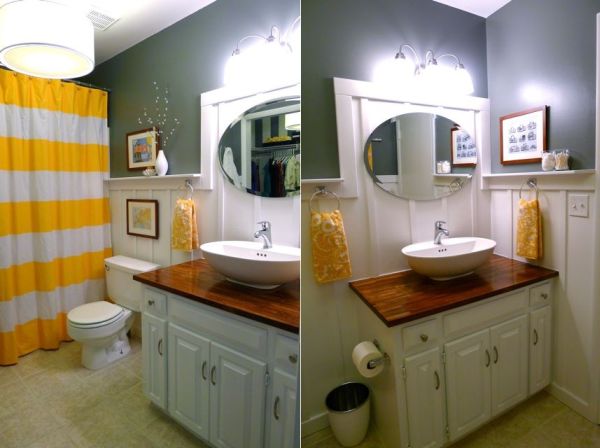 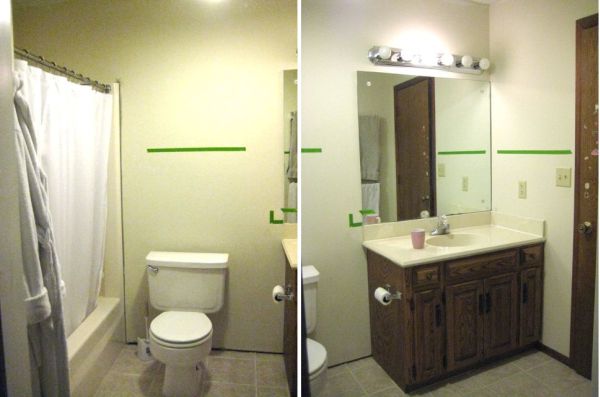 Renovating the bathroom can be a very complicated project, not to mention costly. If you plan on replacing the bathtub, the sink and other fixtures then you might want to think twice before even attempting the change. However, there are many things that you can achieve without spending much money. There are plenty of ingenious DIY projects that can be helpful in such situations and they can really reduce the budget required for the renovation. In fact, this particular bathroom has been completely renovated for only $500.

In this case, the owners, Stephen and Meredith Heard, decided to do all the work themselves. This reduced the cost visibly. But this wasn’t the only economical measure they have taken. They also found ways of saving money by being creative and by attempting DIY projects. This way, the budget they initially set at $1000 was cut in half and the renovation cost them only $500. Their bathroom that was once plain and old-looking is now colorful and chic.

Among the many changes that occurred, the most visible ones are related to the walls, furniture and shower curtain. The walls were repainted. Not only that, but this time the owners also covered the lower portion with white panels that allowed them to incorporate a thin display area and to add a series of practical storage items for the towels. The cabinet is actually the same one. It just had new hardware, a new top and a fresh coat of paint. The washbasin has been replaced with a more stylish one got a new curtain with bold white and yellow stripes.{found on welcometoheardmont}.