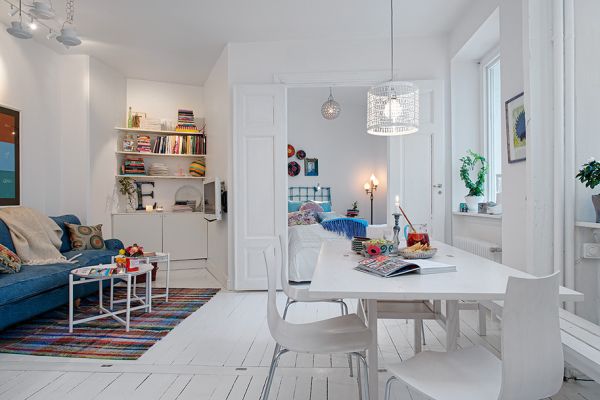 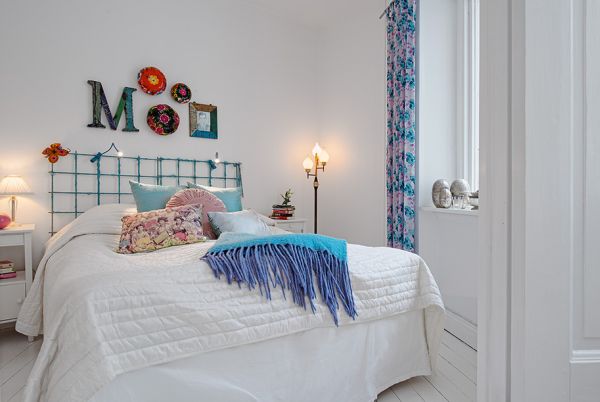 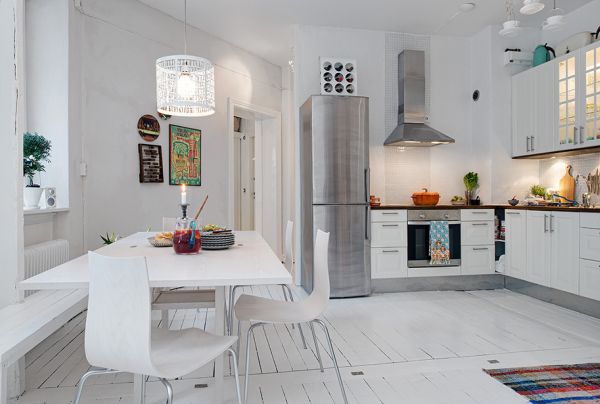 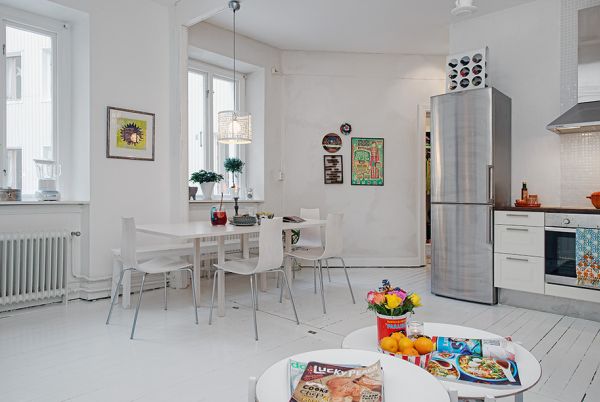 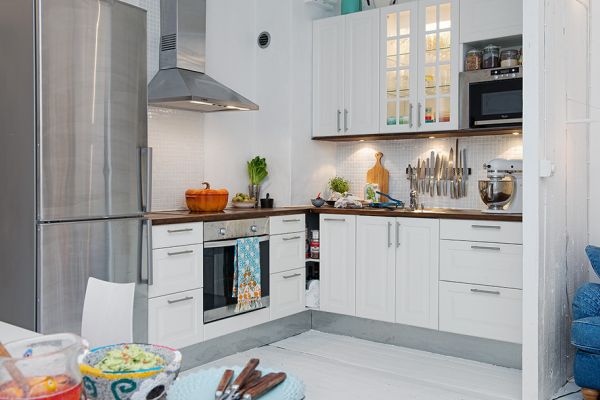 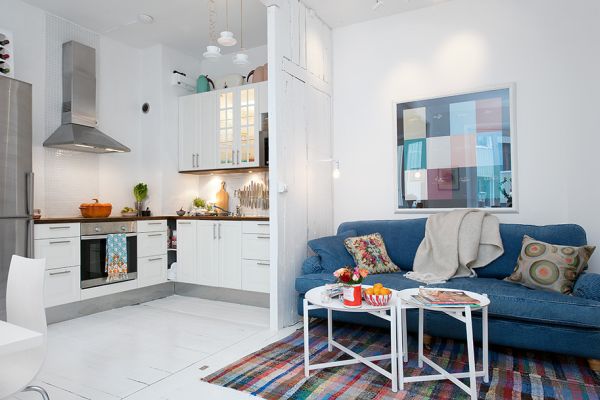 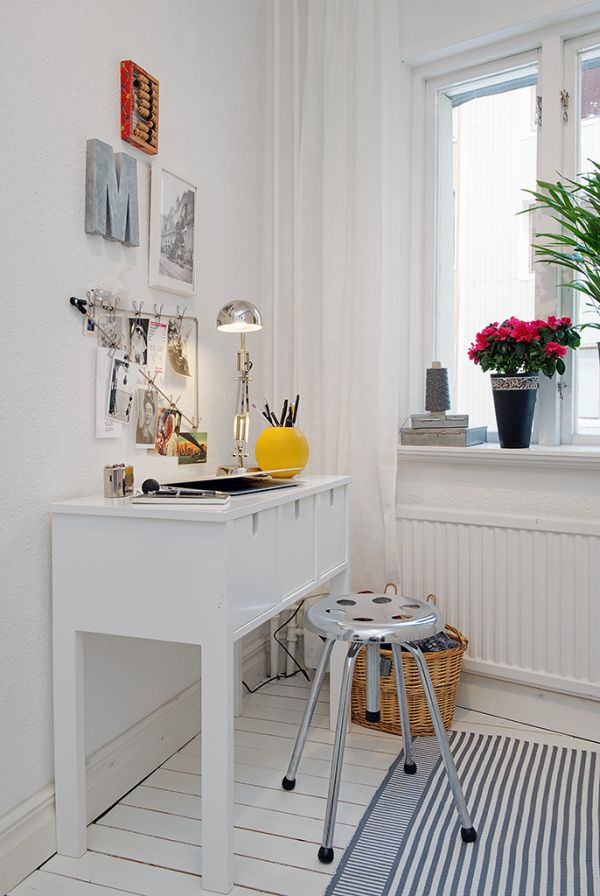 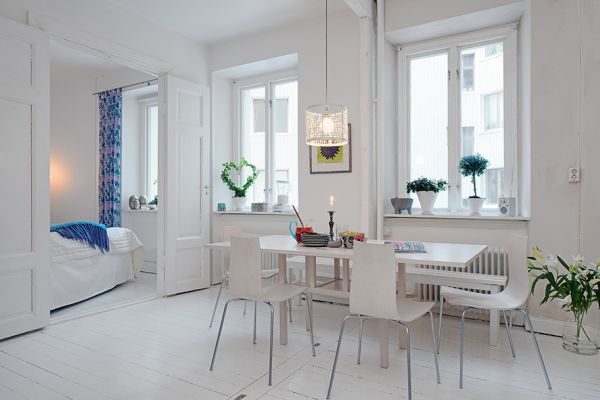 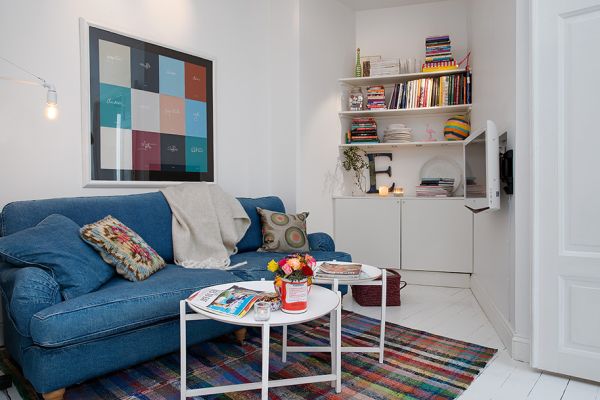 Almost all the apartment and houses from Sweden we’ve ever shown you had this very simple and bright interior design. It’s a very beautiful style that is based on few but clear lines. Still, there are all sorts of variations. Some apartments, this one included, feature an interior with a white background color but they are complemented by colorful accents in the form of furniture, artwork, decorations and other items.

The apartment has white walls, white ceilings and white floors throughout and this gives it a very clean look. All the colorful accents break the monotony and make the décor stand out. It’s a nice way of personalizing the space without necessarily changing the style.

The atmosphere here is very peaceful and quiet. Situated in an 18 unit condominium in Linnestaden, the apartment has a nice interior design that gives it a modern look but, at the same time, preserves some of the original architectural features.

This beautiful and bright apartment also has a very nice layout that emphasizes the décor. It features an open-plan living space where the kitchen, dining area and living area are combined and yet there’s a clear distinction between the spaces. The rooms are interconnected and they can be considered as one. 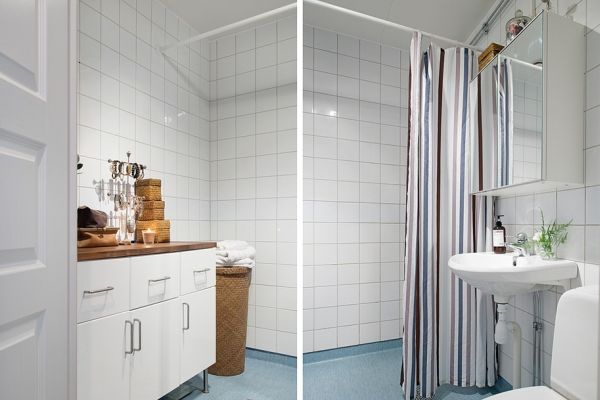 The kitchen has been updated and modernized but it still integrates nicely in the décor. The furniture is simple and gives the space a casual feel. The dining area looks quite small but it can accommodate 12 guests so I guess looks can be deceiving, especially in such a bright and open space.{found on alvhemmakleri}.