This chic apartment is located in Sydney, Australia. It dates back to the 1940s and it has been recently renovated by Sydney-based design studio CO-AP Architects. Even though it’s quite old, the apartment preserved few traces of its past. It currently has a modern interior with many stylish details.The owners’ main request was to open up the apartment. They wanted the architects to transform the three-bedroom apartment into a one-bedroom apartment. They wanted them to open up the room and to maximize the views over the harbor.

They also wanted a large open plan with a flexible design. The rest of the space needed to be converted into a guest/AV room for their grandchildren. In order to make the necessary transformations, the team had to demolish many of the existing walls. The only structure that remained untouched was the fireplace core.

While restructuring the apartment, the architects also reorganized the rooms. They managed to make a division between the sleeping and the social area. They integrated a wall of European oak joinery with sliding wall panels that provide access to the main bedroom and the utility areas. The wall also incorporates part of the kitchen. The owners opted for a minimalist interior décor with pale colors and a luxurious feel. They also chose chic and eye-catching accent features such as those beautiful chandeliers and artwork. 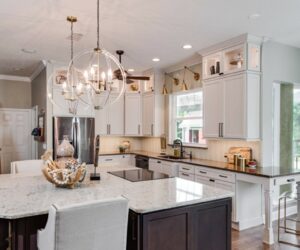 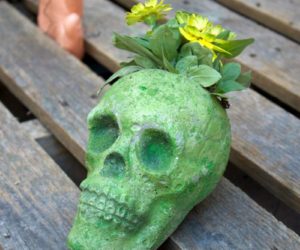