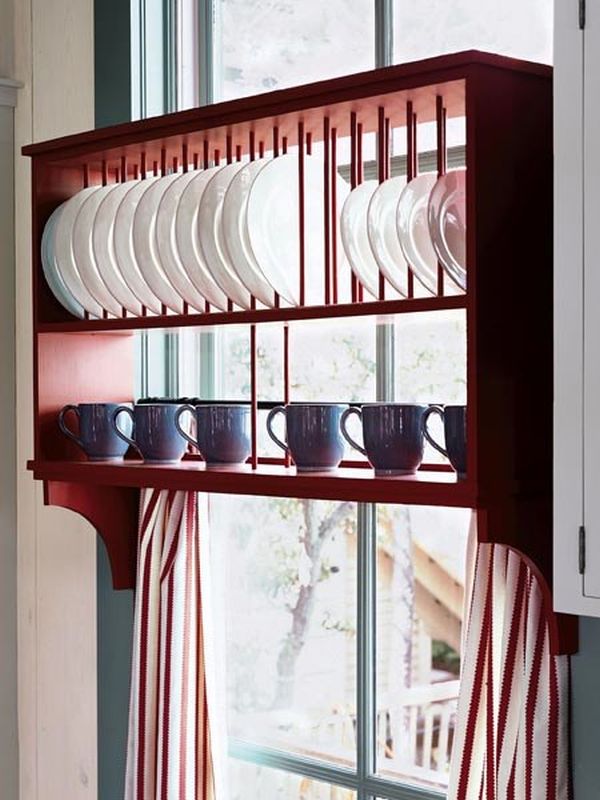 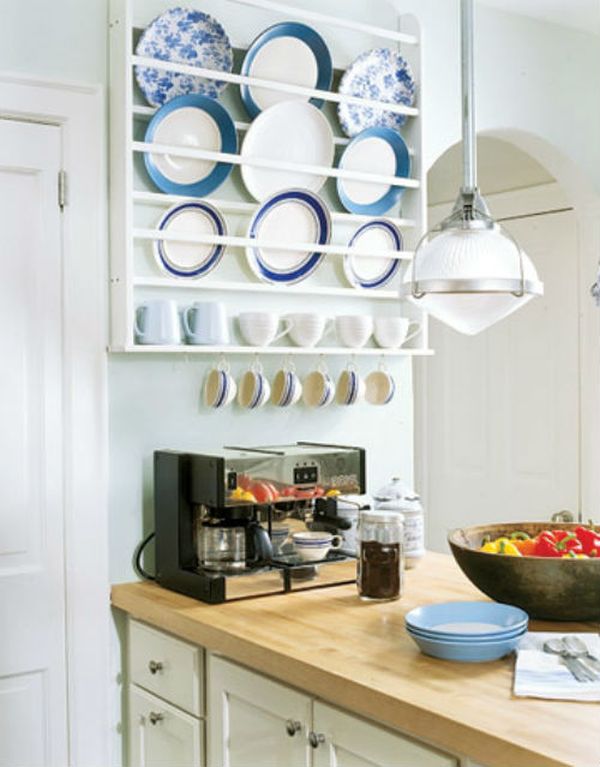 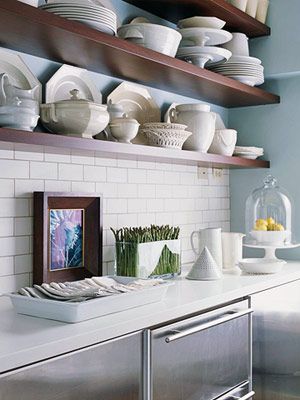 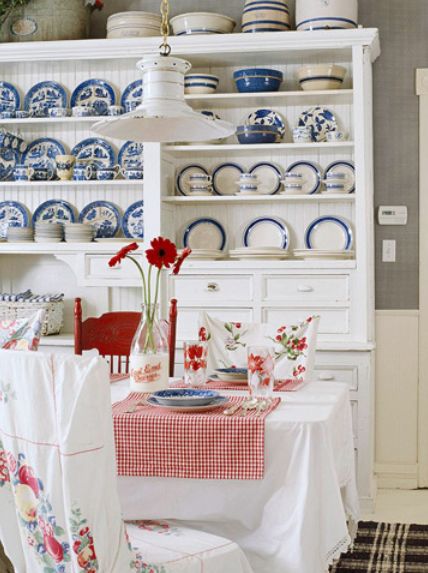 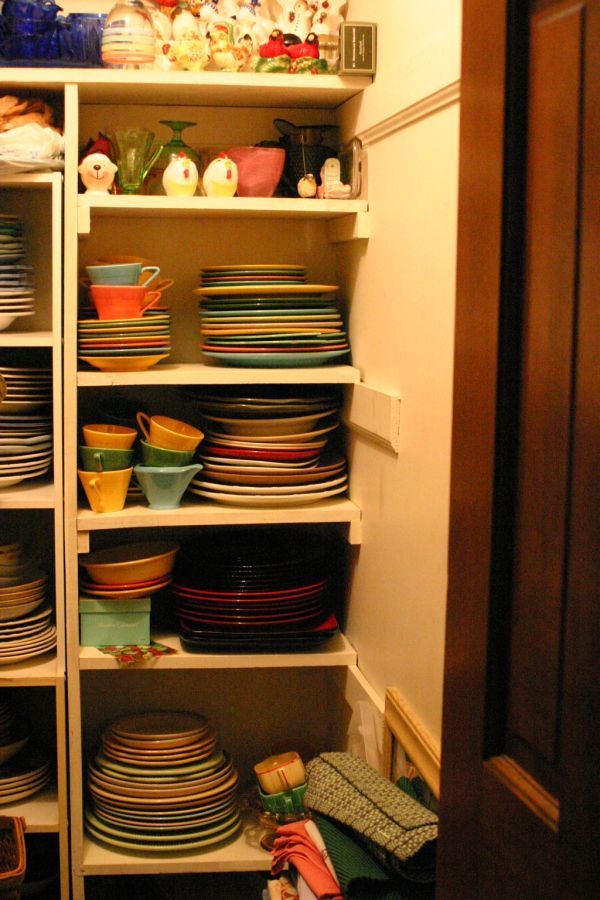 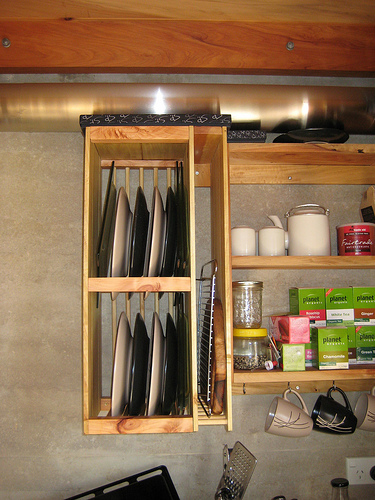 In the kitchen or dining room, everyone has a way of storing and organizing the dish plates that they’ve chosen probably when they first moved into the house or apartment. It’s not something people pay much attention to unless they have to. Nevertheless, there are all sorts of ways in which you can store and organize your dish plates and each method has its unique characteristics. For example, you could simply stack the plates and store them somewhere in a cabinet or you could choose to display them and to also turn them into decorations. These examples should give you an idea about which style is best for you.

This is something you would probably never think about without a hint. It’s a plate rack that is mounted over the kitchen sink, directly in front of the window. People usually don’t want to cover up the window because they want the light to get through but this rack doesn’t disrupt the light at all. In fact, the light gets through and it also creates a very nice effect.{found on thekitchn}.

Some people like displaying their plates as decorations. Some plates are actually designed just for that. Of course, you could also use a similar system for your regular plates if you want. Notice that this type of rack also has a shelf for storing cups and glasses so it’s not purely decorative. The rack can be mounted on the wall above the sink or anywhere else in the kitchen.

You could also store your dish plates on shelves. It’s a simple and practical solution. In this kitchen, for example, three long shelves were mounted above the counter space. The top shelf is more difficult to reach so it can be used just for display. The other two could be used for storage for all the plates, bowls but also cups and glasses. You can organize them into categories and you can also create a nice display.

In a cottage-style kitchen, you could store and organize all your plates in cabinets. We’re talking about those cabinets where the bottom area is filled with drawers and compartments and the top part has open shelves. These shelves can be used to store and display plates and cups and the space above the cabinets can be used for storage as well.{found on bhg}.

In a small kitchen, you don’t have the space to display every single plate. It’s why a different storage solution needs to be found. One nice example would be this type of kitchen where all the plates and neatly stacked together and stored inside a cabinet. It can either be a closed cabinet or a series of open shelves and compartments.{found on alacarte}.

The space above the kitchen sink is perfect for a storage rack. You could have a wall-mounted structure where you can store the plates and dishes. The plates could be stored vertically and that space could also be a drying rack. It’s a simple solution for both small and large kitchens and the décor and style don’t really matter as it’s a design that can be adapted.{found on craft}.