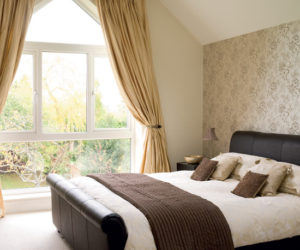 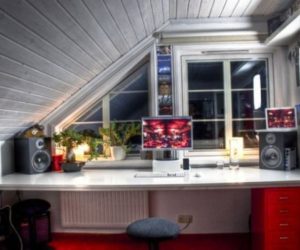 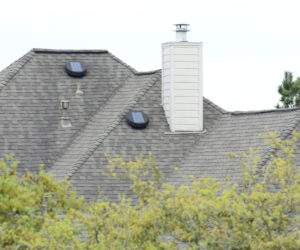 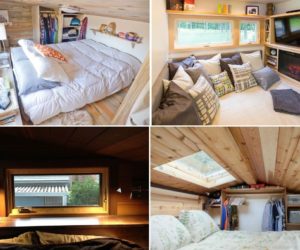 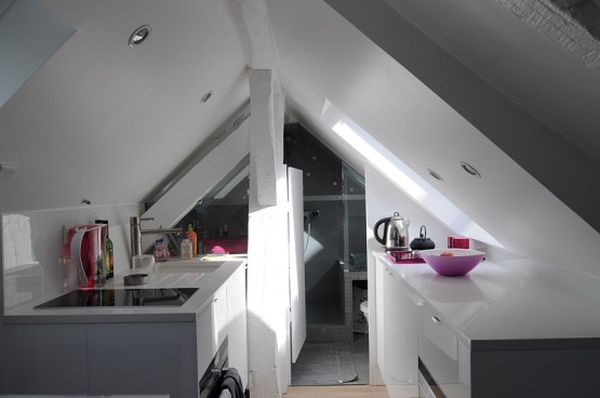 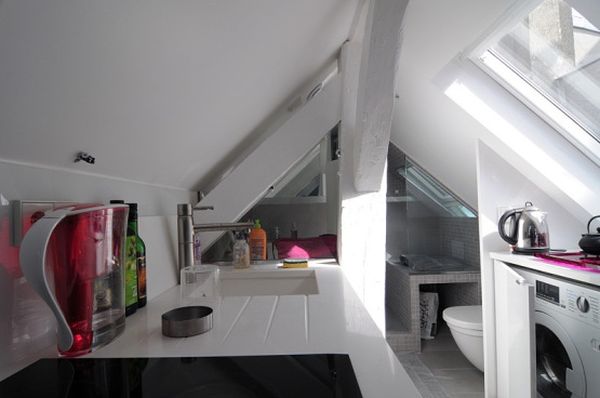 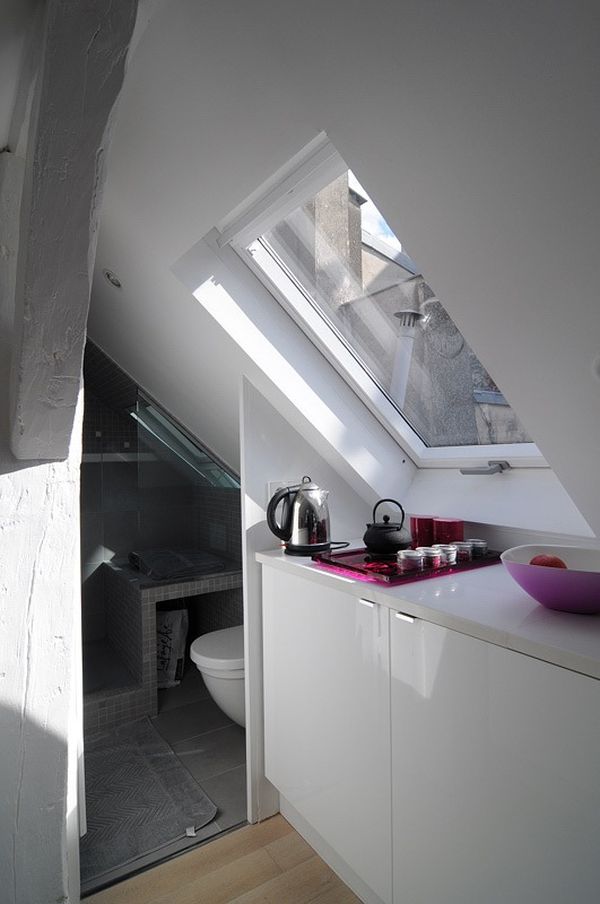 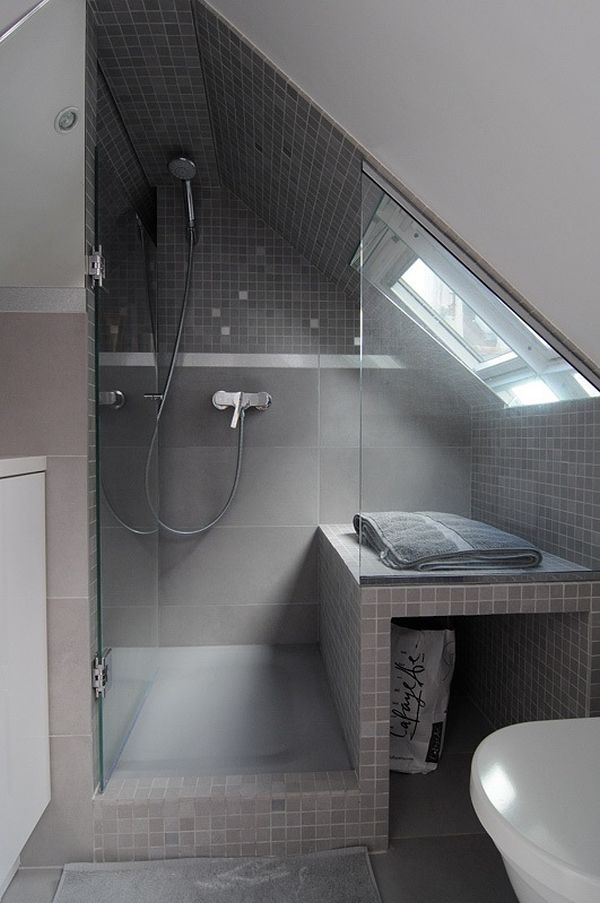 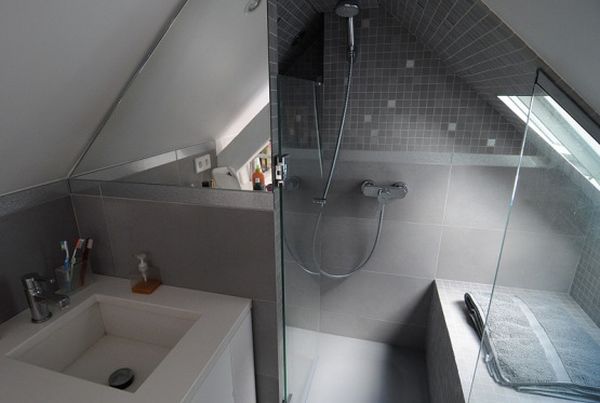 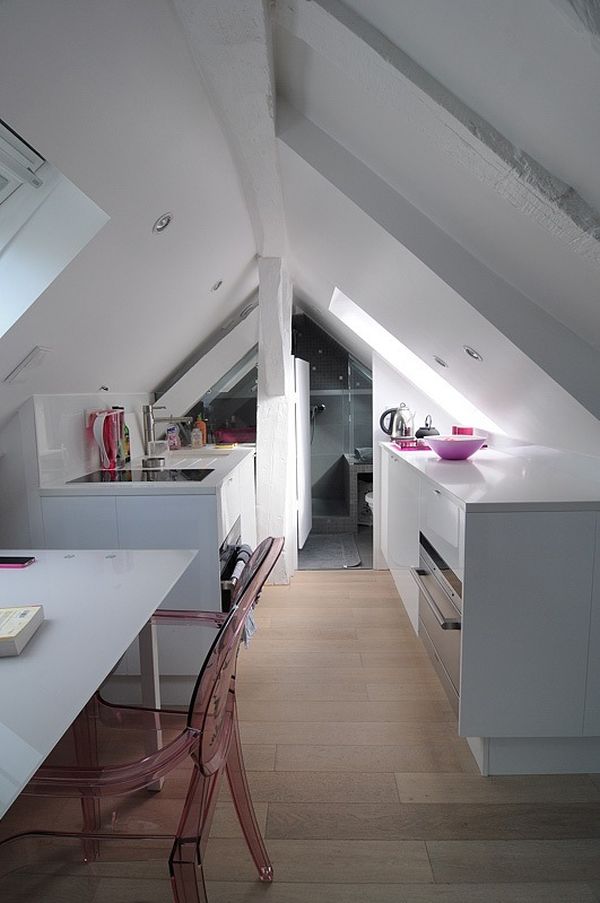 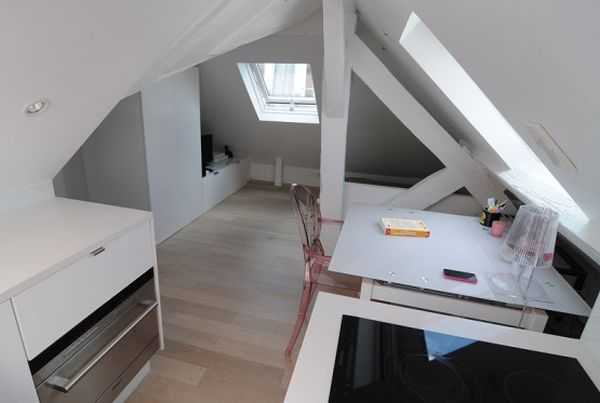 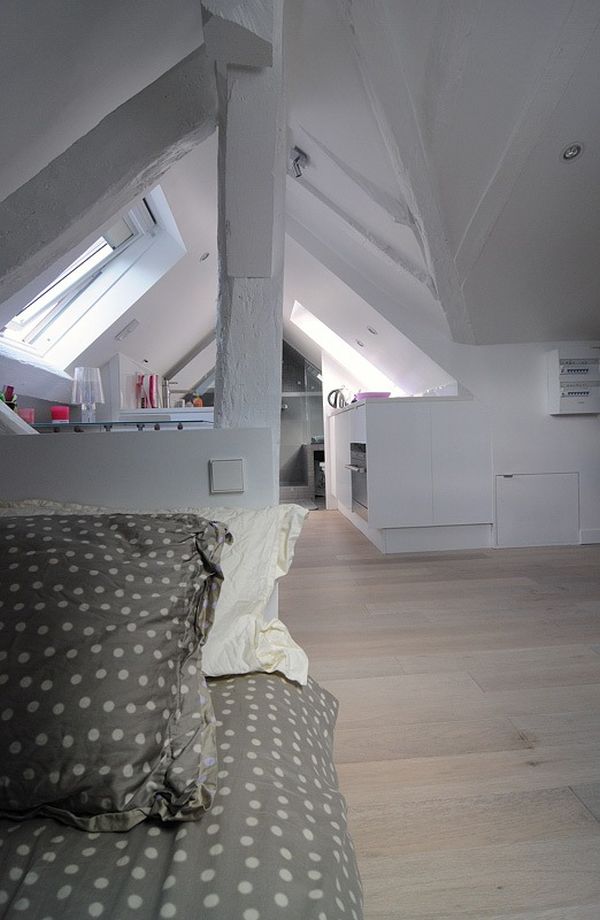 We used to think that 30 square meters were very little space for basically anything but then we found this place. It’s an attic space found in Paris, France. Attics are already difficult to work with because of the slanted ceiling so imagine such a space measuring only 16 square meters. Theoretically, there’s not much you can do with such a little space. But still, here it is.

This attic was transformed into a very nice workspace. The layout is not exactly what you might call great. The bathroom and the kitchen are practically one and the same and this is a big disadvantage but other than that the space was used nicely.

When you think about it, this was probably the best solution if you wanted to have a kitchen, a bathroom and some living and working areas all in this tiny attic.The space was utilized at its best. In fact, you’ll rarely see a space of this size designed in such a functional manner. The attic could be used as temporary house and sometimes as a vacation hideout. It’s also something you can use as some sort of office.

The lack of large windows makes it seem a little dark but the white walls add brightness throughout. What’s also nice is the fact that the space looks very clean, simple and organized, considering that such small spaces usually have a cramped and cluttered feel.{found on Sylvie Cahen}.