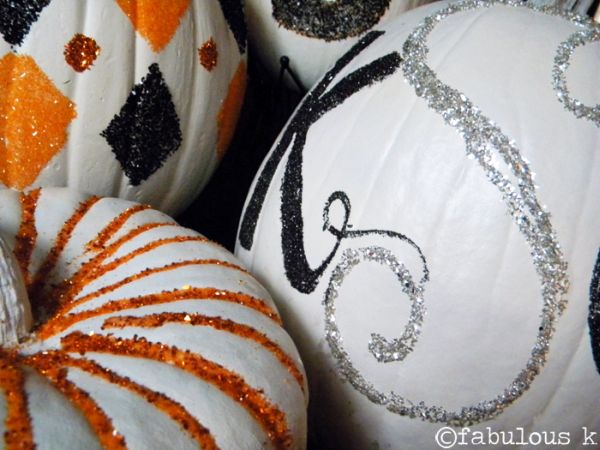 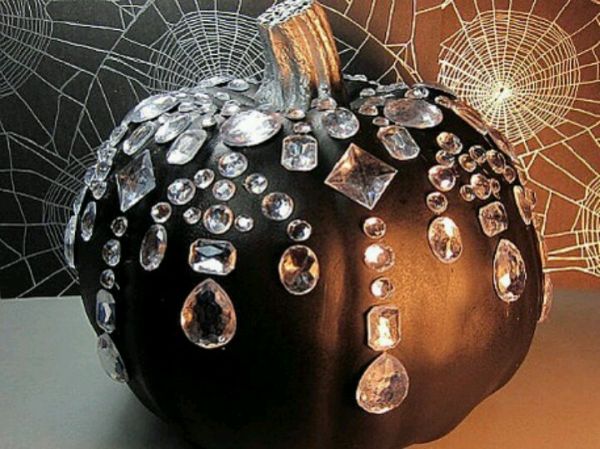 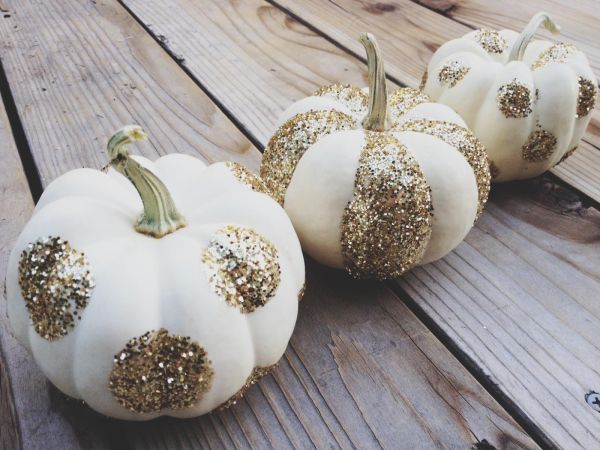 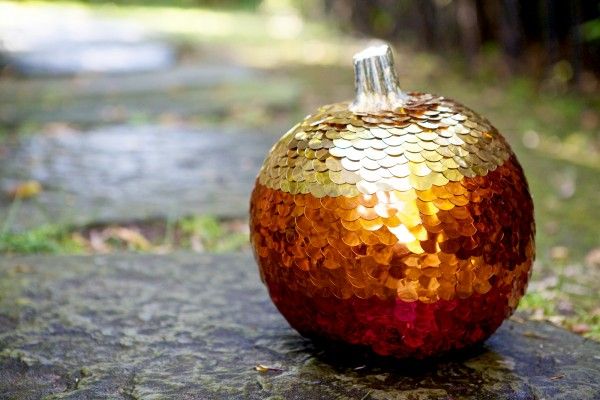 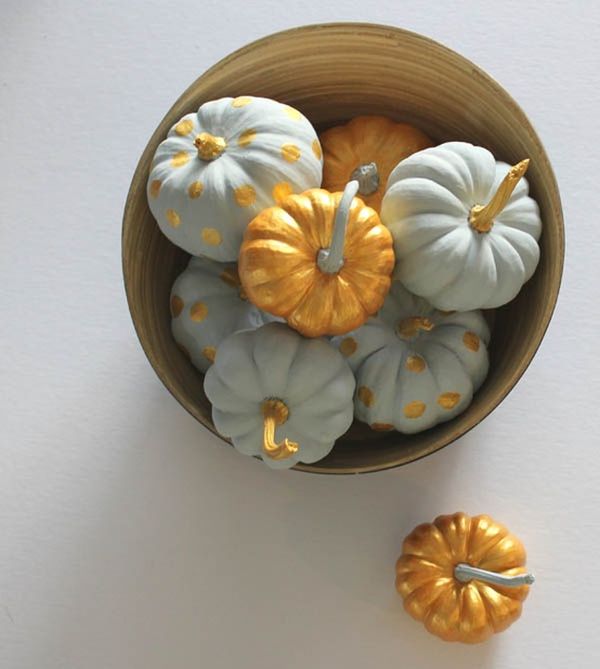 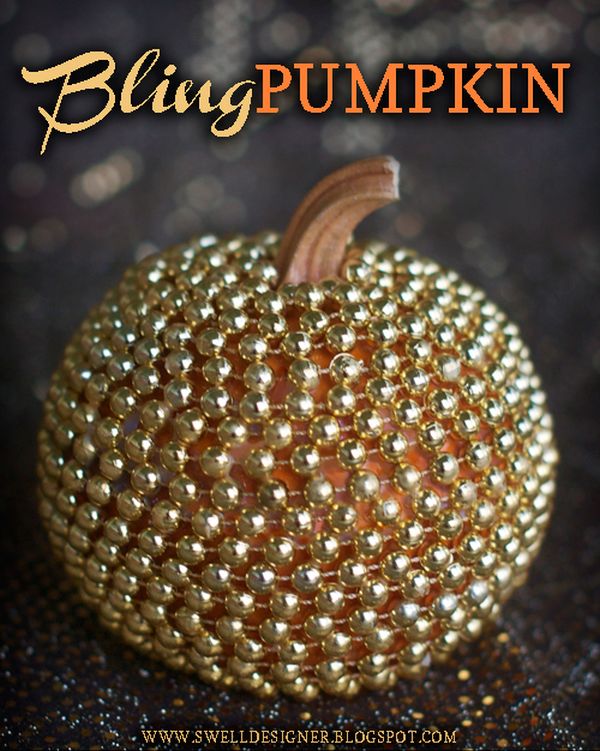 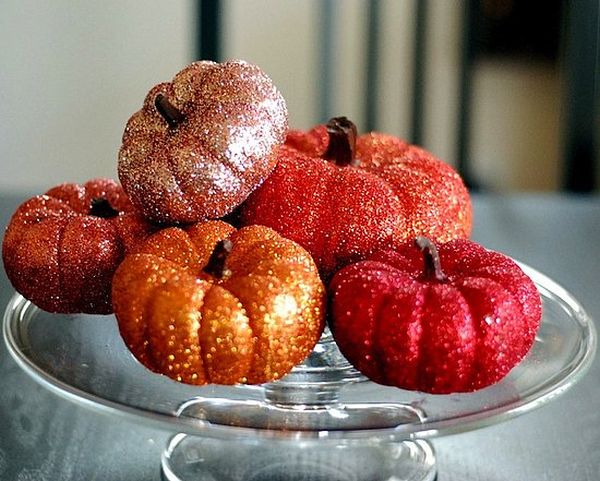 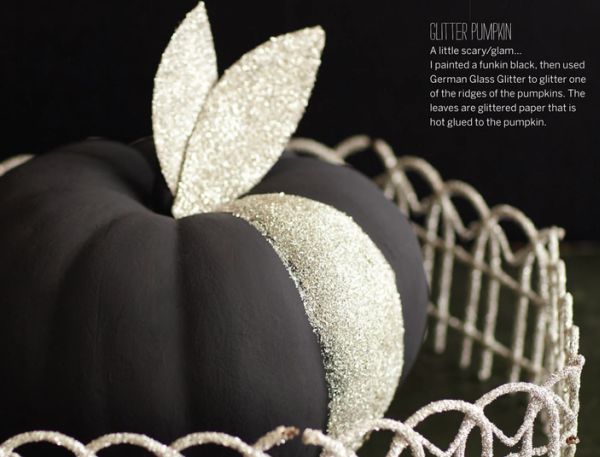 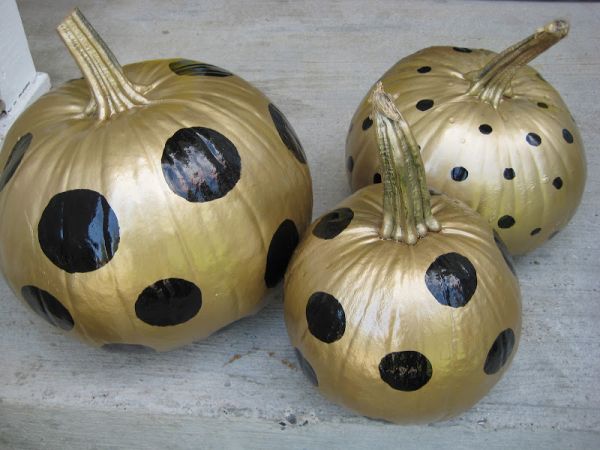 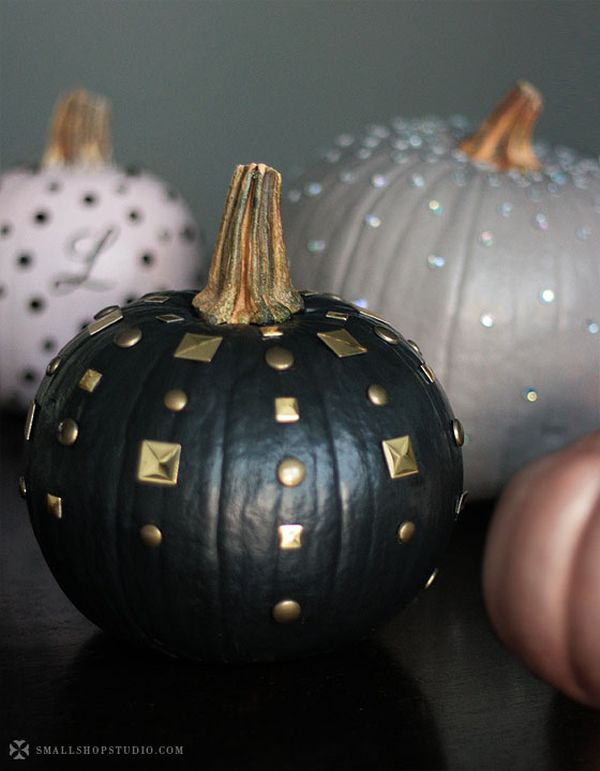 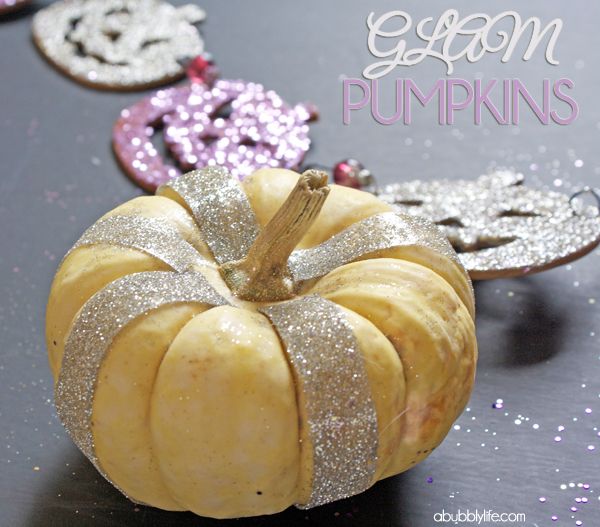 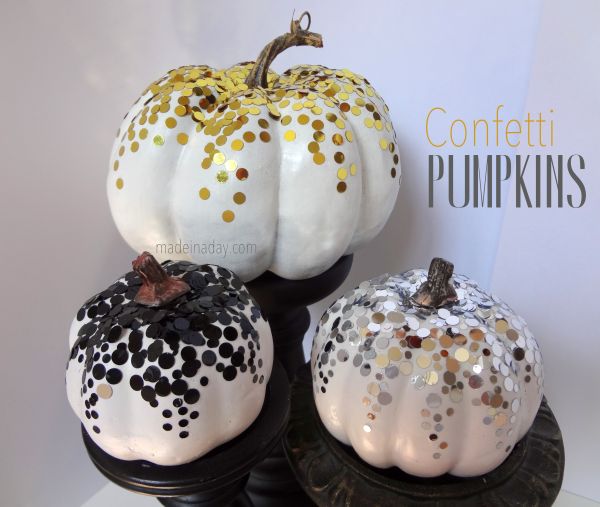 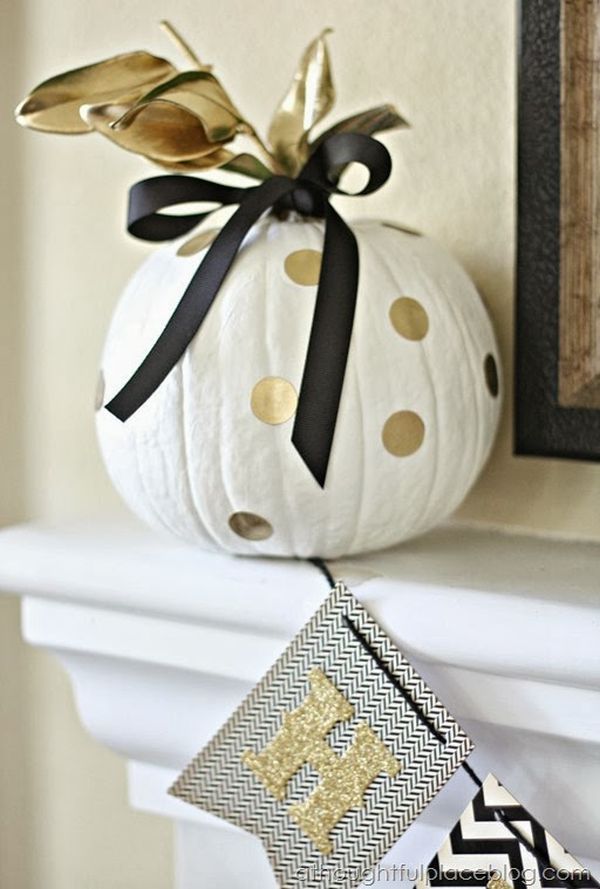 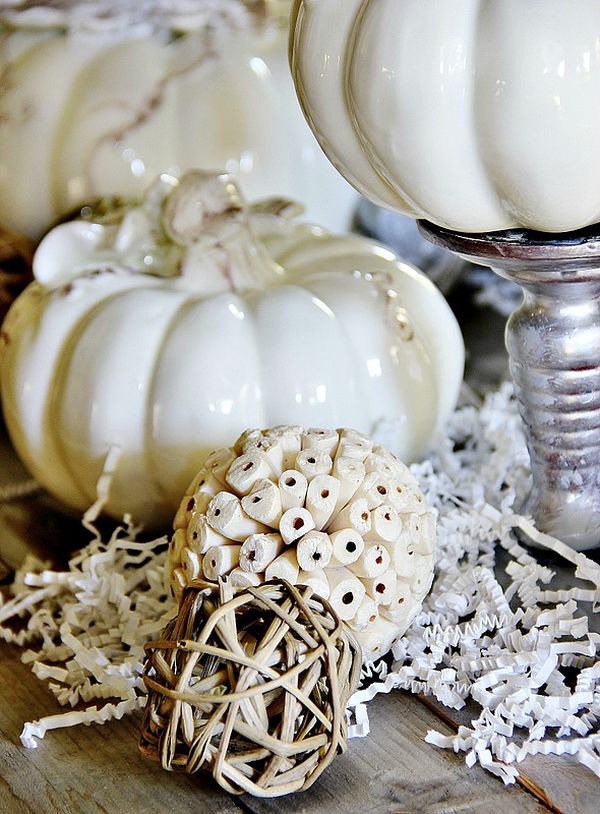 We’ve already shown you a bunch of great ways in which you decorate pumpkins for a funny Halloween and for an artsy or scary Halloween but we haven’t paid much attention to the glamorous side of the holiday. So here’s how you can make glam pumpkins not just for Halloween but for a beautiful fall décor in general.

These white pumpkins look like they’re made of porcelain or ceramic and they’re very beautiful. You can use paint to create a similar look. Use the pumpkins as decorations for the table or for the entrance.{found on thistlewoodfarms}.

Here’s a very classy and chic pumpkin. It’s white and it has golden polka dots glue on its surface. It also has golden leaves glue to its stem and a very nice black bow to complement the whole look.{found on athoughtfulplaceblog}.

These are confetti pumpkins. Here’s how you make them: take a bunch of pumpkins and spray paint them white. Then you apply glue with a brush and you stick colored confetti onto the pumpkin. If the pumpkins are real, cover the stem so it doesn’t get glue on it.{found on madeinaday}.

Some spray paint is all you need to give the pumpkins a glamorous and chic look. Choose golden or silver paint and apply a few coats. Then, once it’s dry, you can also apply a few crystals onto the pumpkins.{found on gigidiaries}.

If you’re the type that likes glitter, then why not use it when you decorate pumpkins too? Here’s what you have to do: either paint the pumpkin or simply clean it very well and then apply glue with a brush. You can cover the whole pumpkin with glue and glitter or just a few portions.{found on abubblylife}.

When you think about it, why would carve pumpkins when it’s so much easier to do a no-carve project? For example, paint the pumpkins, let the paint dry and then apply gem stickers on them.{found on smallshopstudio}.

These golden pumpkins with black polka dots look a little like footballs except for the shape and colors. They’re very easy to make. You need golden spray paint, black paint and a brush.{found on vintageglamorous}.

Another wonderful idea is to use black chalkboard paint on the pumpkins. This allows you to later personalize them but it’s also a great mate background for the silver glitter.{found on sweetpaulmag}.

You can also use colors more appropriate for fall such as orange, red or yellow. And to really make the pumpkins stand out, dip them in glitter. Apply glue, let it dry a little and then apply the glitter.{found on flickr}.

This is a very bling pumpkin but it doesn’t look kitschy. Here’s what you need to make something similar: gold plastic beads, glue and scissors, you basically wrap the beads around the pumpkin making sure they stay on and you apply glue as you advance.{found on swelldesigner}.

Gold paint seems to be very popular so here’s another example for how to use it. You can either paint the whole pumpkin gold or you can paint it another color and make golden polka dots. You can also just paint the stem gold.{found on pawleysislandposh}.

Make a nice armor for your pumpkin and it will definitely become a star of the décor. You need lots of sequins and glue. Apply them one by one and make sure they stay on.{found on refinery29}.

When you use glitter on a pumpkin, the best way to avoid make it look too glitzy is to have a simple background for it. So first paint the pumpkins white, preferably mate, and then apply the glue and the glitter.

Of course, rhinestones are also an option. To really make them stand out you can paint the pumpkin black. Also, make sure you use the right type of glue. Apply the rhinestones one by one in a pattern that you like.

These pumpkins have been decorated with German glass glitter and they definitely stand out. First they were spray painted white and then the glitter was applied in all sorts of patterns and designs.{found on fabulous}.