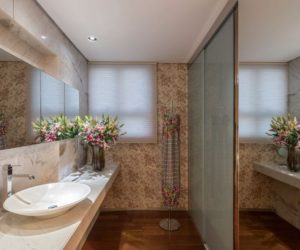 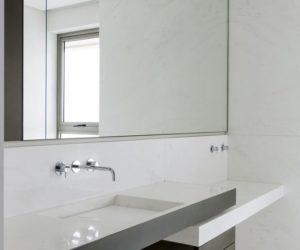 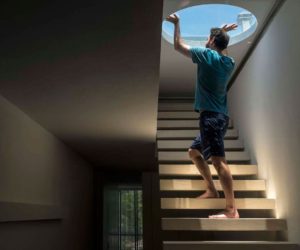 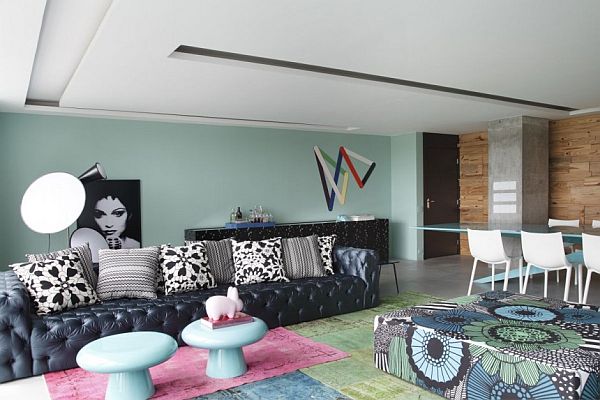 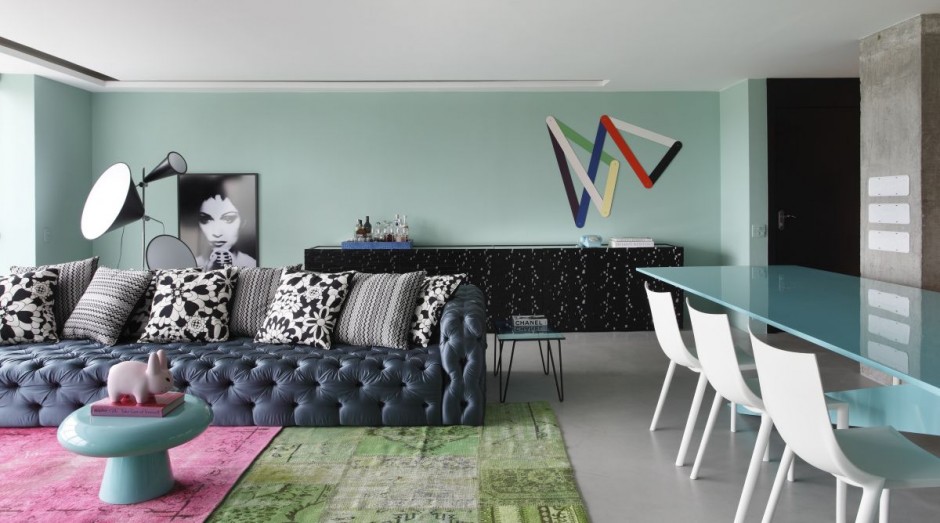 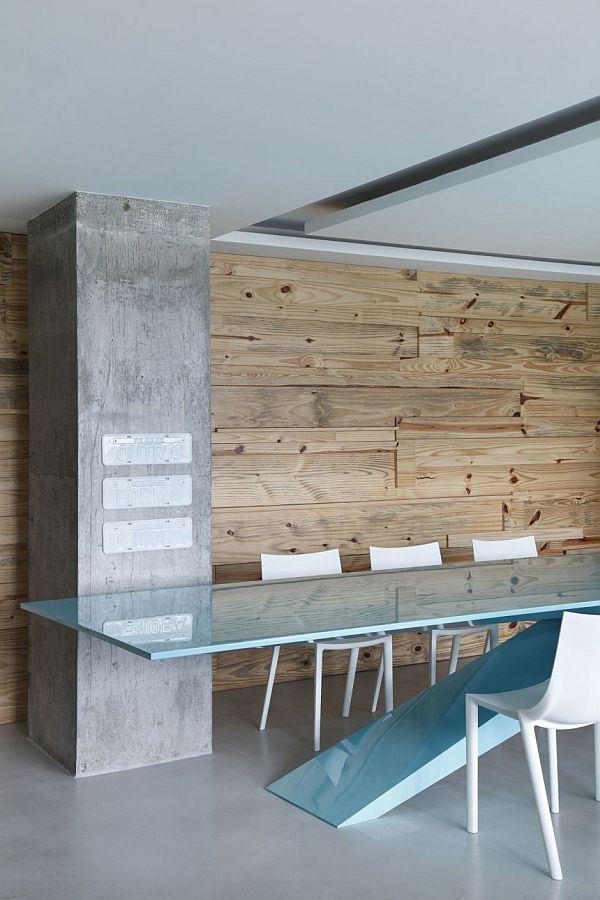 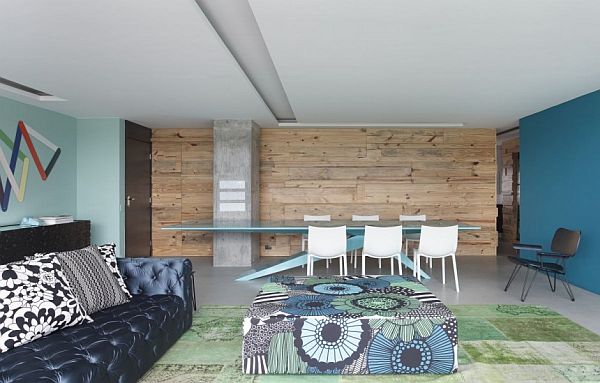 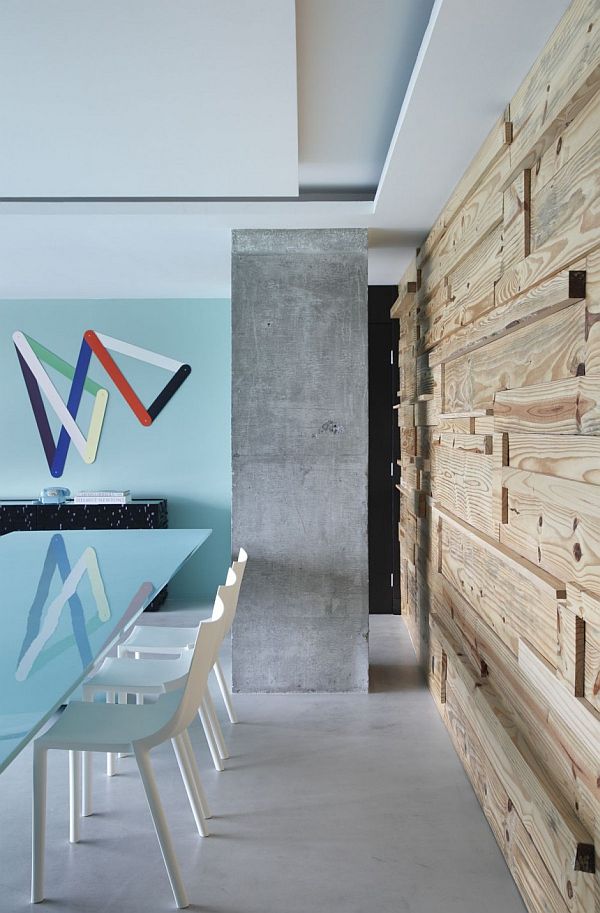 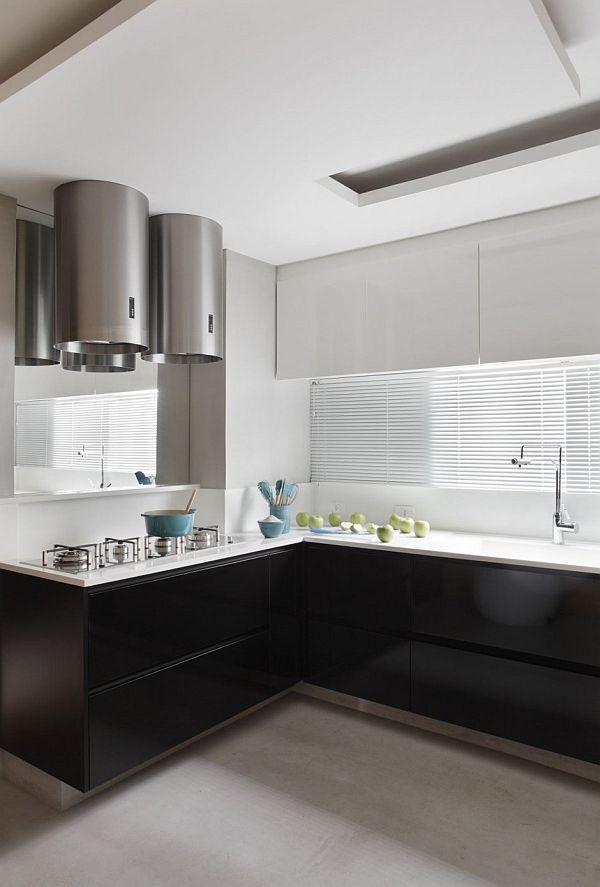 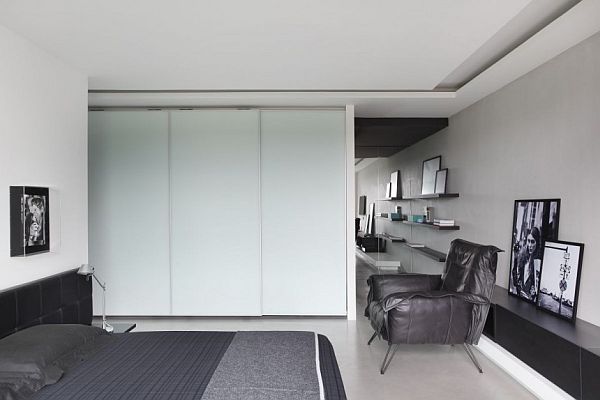 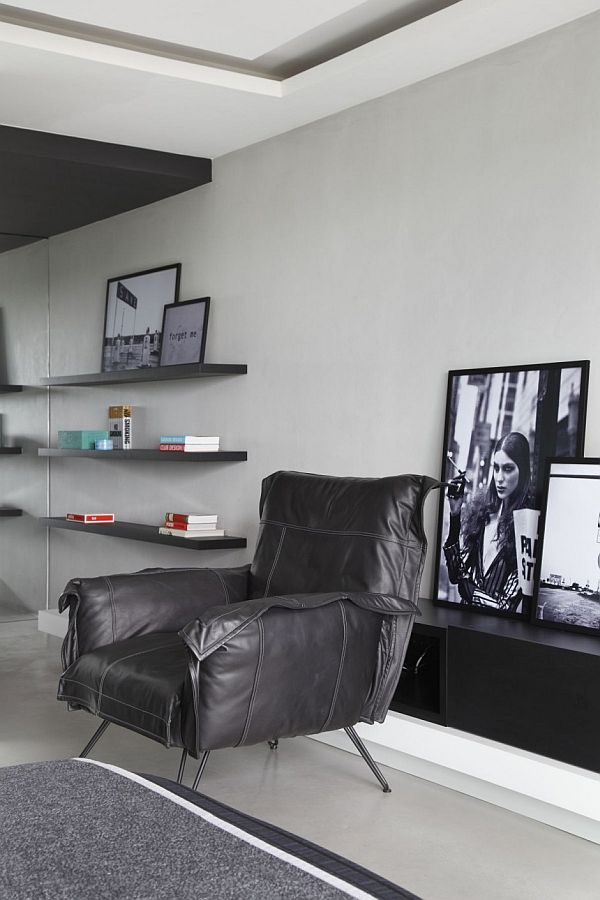 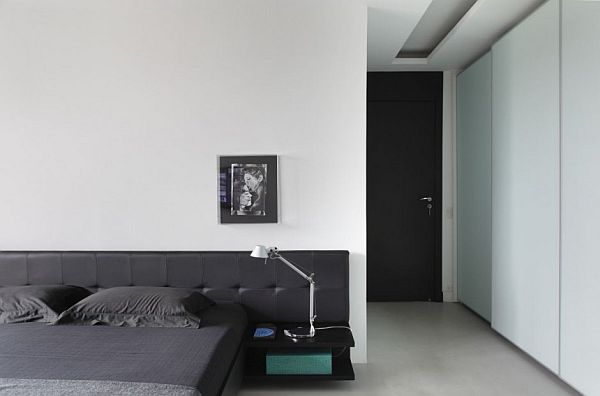 The RL House is actually the name of an apartment. The apartment measures 145 square meters and it’s located in Curitiba, Brazil. The apartment was almost finished when the architects met the owners. They were not happy with the décor and the traditional elements so they asked the architects to try a different approach, this time giving him free hand.

The young Brazilian architects had to reformulate everything. Originally, the apartment featured a combination of polymer cement, minty and blue colors and it also had a whole wall that was covered in pinus, a type of wood with virtually no commercial value in Brazil. At the entrance door, the structural column was exposed for a unique look. As for the furniture, all the main pieces such as the tables, the sideboards and the sofa have been designed by the architect so they fit the rooms perfectly.

The living room is very cheerful and colorful. In contrast, the bedroom is exactly the opposite. The furniture is black and white and the rest of the décor is minimalist.

The owner was a great admirer of the architect’s work so he also insisted on buying several other pieces designed by him. He was also so pleased with the architect’s work and they way he redesigned the apartment that he decided to open a company to represent Guilherme Torres’s products in all Brazil and around the world. All the rooms are elegant and chic.{found on contemporist}.