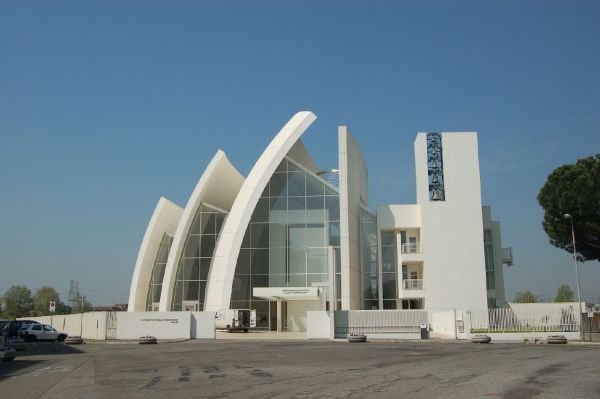 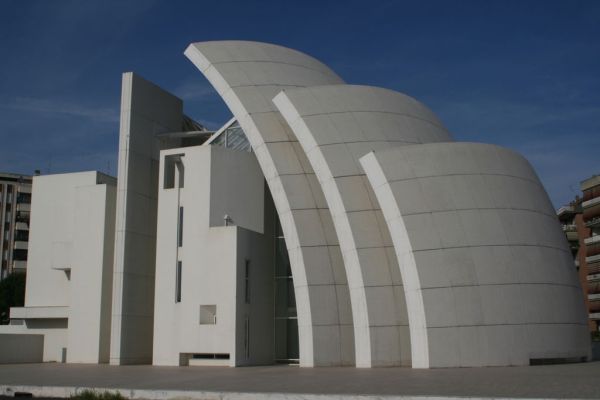 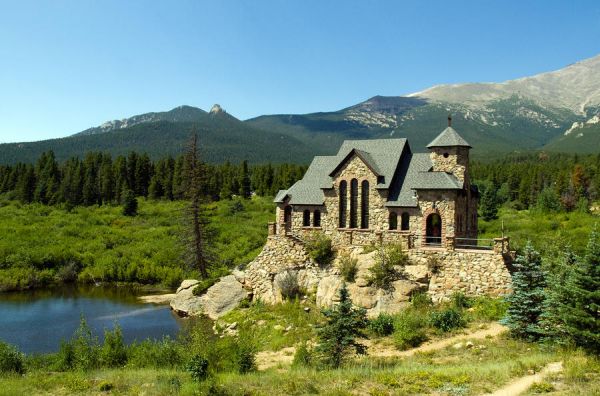 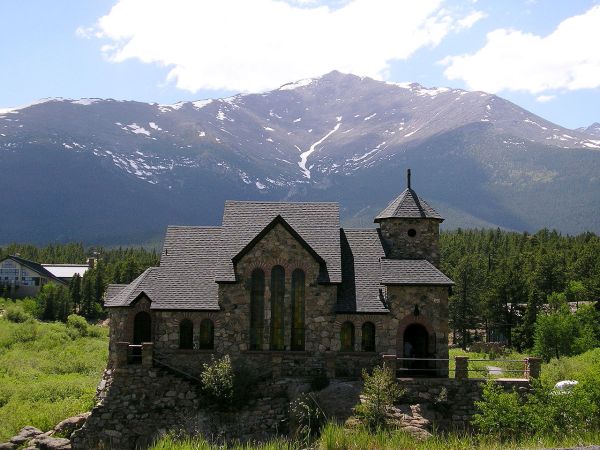 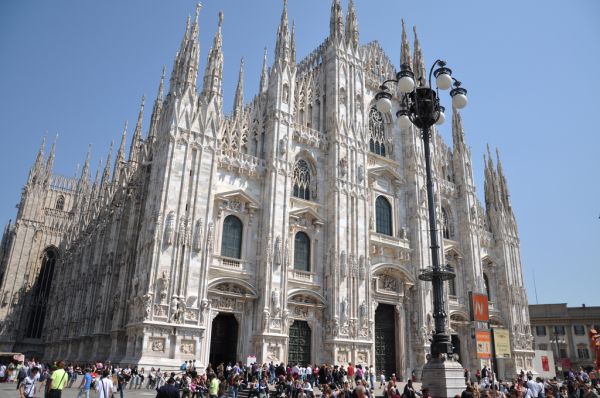 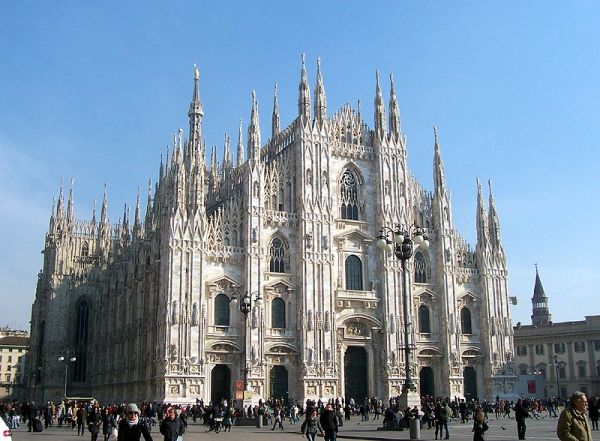 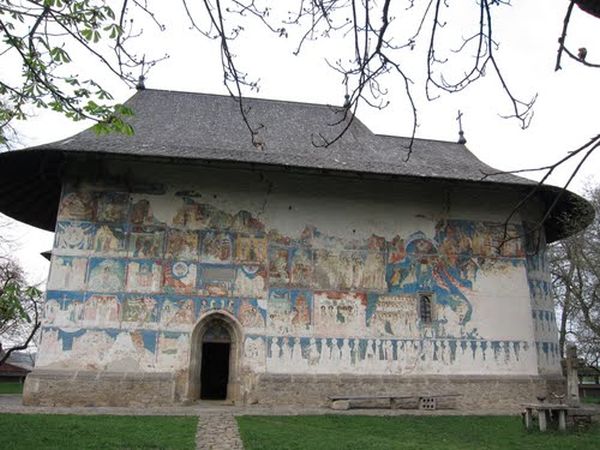 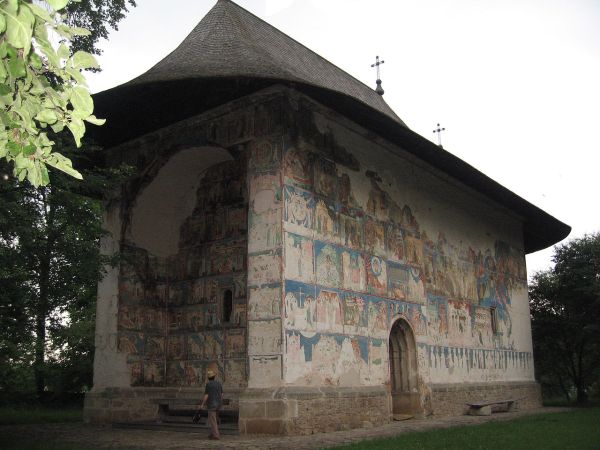 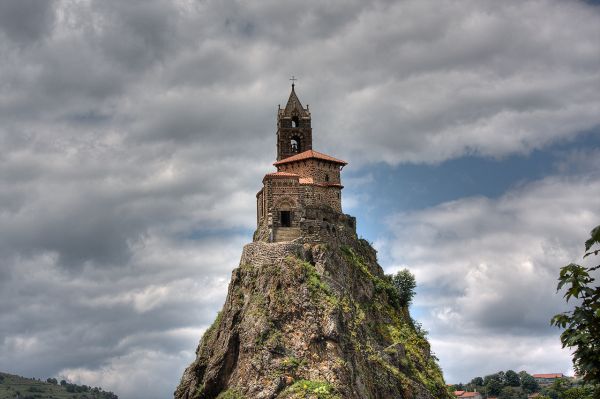 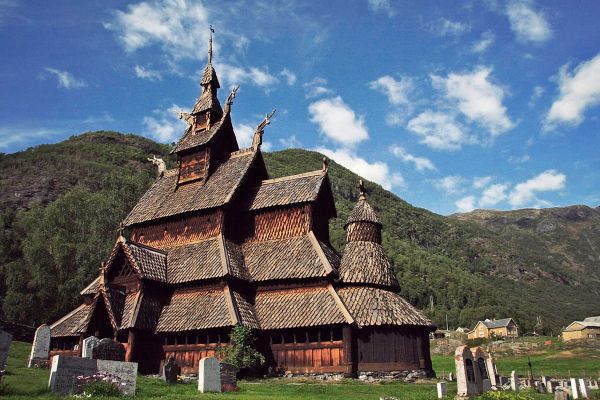 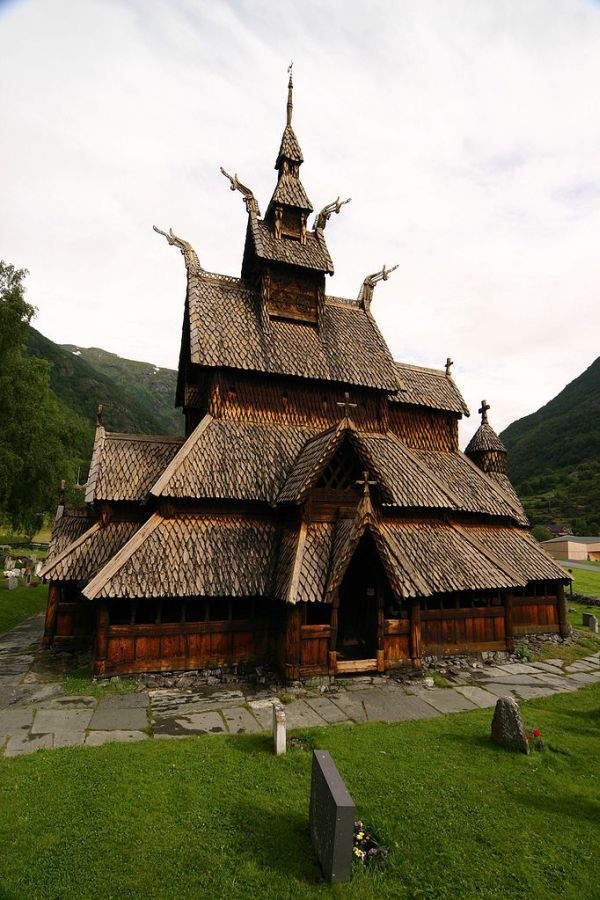 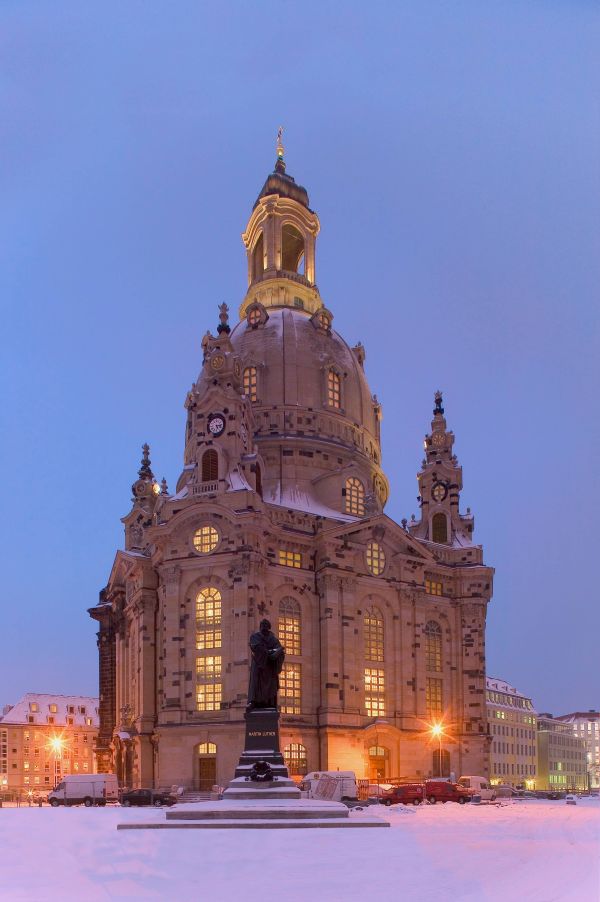 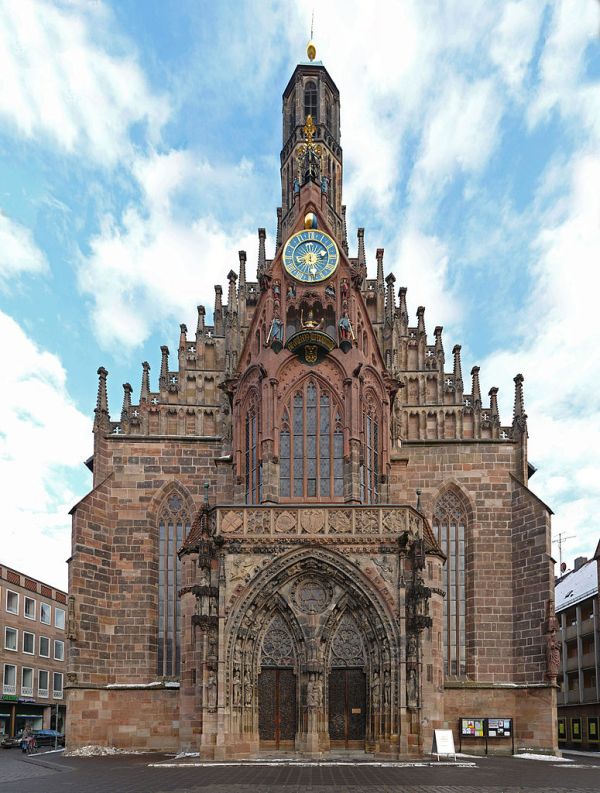 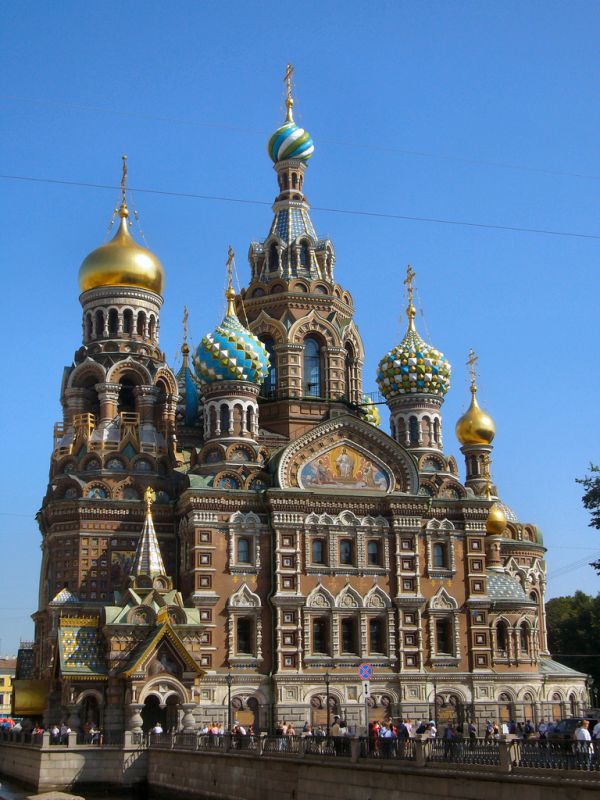 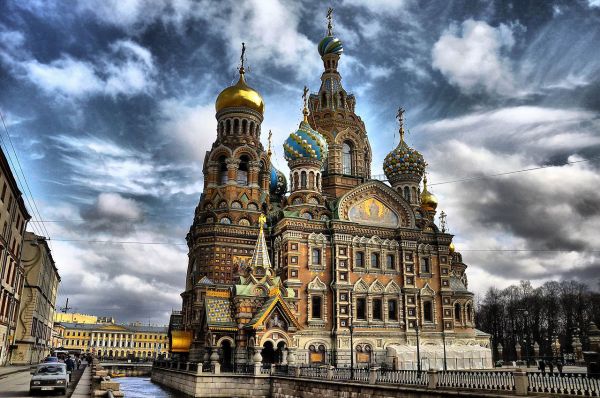 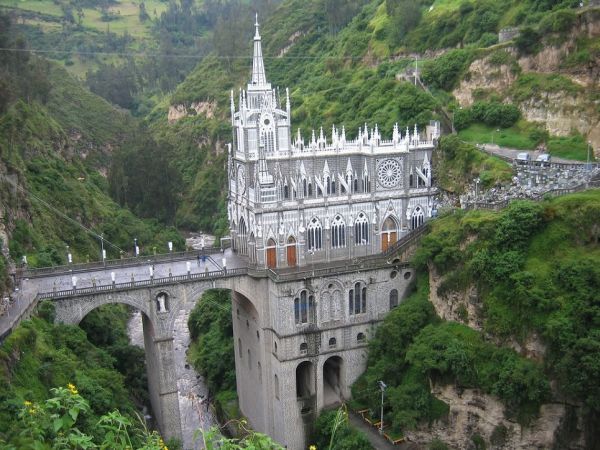 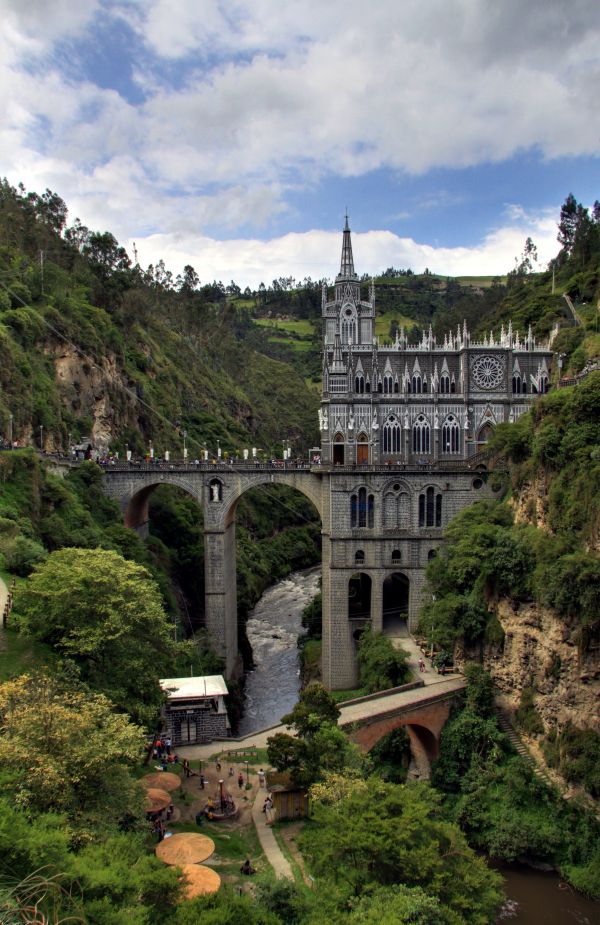 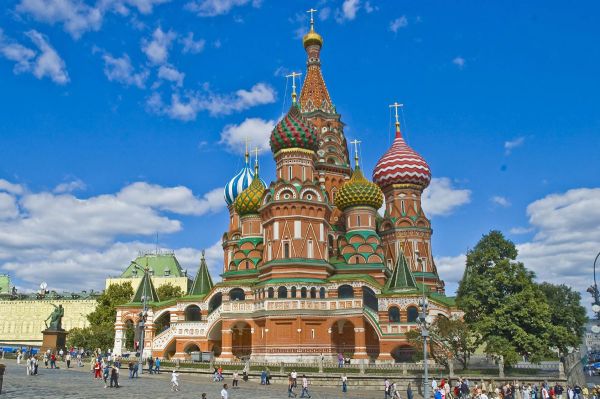 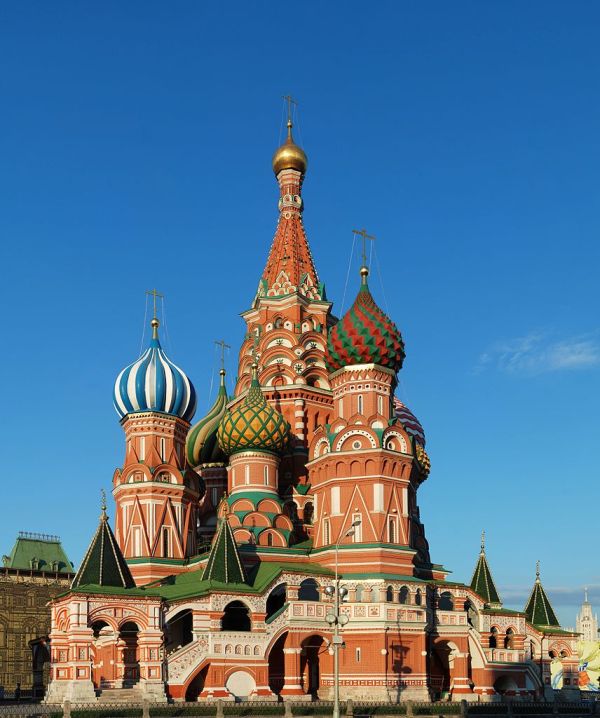 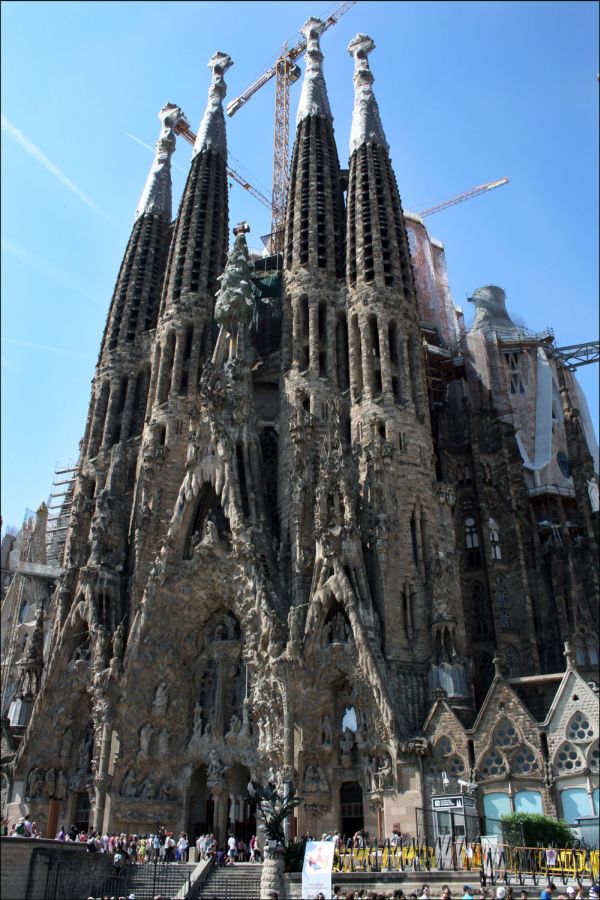 If we forget for a moment about the religious connotations and the symbolism and we only focus on what we can actually see, on the architecture and on the design, then we’ll discover that churches are charming in more than one way. They are wonderful testimonies of the past and there are so many wonderful examples of churches with amazing architecture. Here are some of them:

The full name of this church is The Basílica i Temple Expiatori de la Sagrada Família. It’s commonly known as Sagrada Familia and it’s a Roman catholic church that can be found in Barcelona, Spain. The church was designed by Catalan architect Antoni Gaudi. The construction began in 1883 but, in 1926, when the architect died at the age of 73, only a quarter of the project was complete.

Even though incomplete, the church is spectacular and it has become a UNESCO World Heritage Site. Architecturally speaking, it’s a combination of Gothic and Art Nouveau features. The construction of the church progressed very slowly. The project relied on private donations and, at one point, it was also interrupted by the Spanish Civil War. In 2010 the project was continued and it’s anticipated to be completed in 2026.This would make the church a structure with a very long and rich history.

The official name of this church is Cathedral of the Protection of Most Holy Theotokos on the Moat or Pokrovsky Cathedral but it’s also called Cathedral of St. Vasily the Blessed. It’s located in the center of Moscow and it was built on orders from Ivan the Terrible between 1555 and 1561 to commemorate the capture of Kazan and Astrakhan.

When it was first completed, the church was also the tallest building in Moscow until 1600. The original version was known as Trinity Church and it was a series of 8 churches arranged a 9th. Then a 10th church was built in 1588 over the grave of st. Vasily. Shaped like the flame of a bonfire, the church is the only one to feature this design in Russian architecture. At one point, the church was confiscated from the Russian Orthodox community as part of the Soviet Union’s anti-theist campaigns. In 1929 it was completely secularized and to this day it has remained a federal property of the Russian Federation.

The Las Lajas Cathedral or Las Lajas Sanctuary is a small church located in inside the canyon of the Guáitara River. In was originally built in 1949 and features a Gothic Revival style. The inspiration for the project was an event from 1754. Back then it is said that Amerindian Maria Mueces and her deaf-mute daughter Rosa were caught in a very strong storm and that they sought refuge between the Lajas. Then Rosa exclaimed “the mestiza is calling me” and pointed to the lightning-illuminated silhouette over the laja where the Virgin Mary was standing.

A shrine was built there in the 18th century and it was replaced with a larger one in 1802. Then the shrine was extended and later became a church. The project relied on donations from locals. In 1954 it was declared a minor basilica.

Church of the Savior on Blood.

Also known as Church of the Savior on Spilled Blood and the Cathedral of the Resurrection of Christ, this beautiful church can be found in At. Petersburg, Russia. It was built on this site where Tsar Alexander II was assassinated and it was dedicated in his memory. The name is sometimes confused with that of the Church on Blood in Honour of All Saints Resplendent in the Russian Land which is where former Emperor Nicholas II and members of his family were executed.

The construction of the church began in 1883 under Alexander III and it was completed in 1907 during the reign of Nicholas II. An attack took place there and a bomb killed both the conspirator and the tsar. A shrine was built in that spot and then the church was extended in order to allow the shrine to become a part of it.

Located in Nuremberg, Germany, the Frauenkirche is a church built on the initiative of Charles IV, Holy Roman Emperor between 1352 and 1362. It has been restored along with many of the beautiful sculptures and monuments. Frauenkirche is a hall church that Charles IV wanetd to use for imperial ceremonies. It was two aisles and a tribune. It also has 9 bays supported by 4 columns.

The church also has a mechanical clock known as Männleinlaufen which commemorates the Golden Bull of 1356. The clock has been installed in 1506. Charles IV’s son was baptized here in 1361and the Imperia Regalia was also displayed to the people the same day.

The Borgund Stave Church is located in Borgund,Lærdal, Norway and it’s a stave church, the best preserved one in the country. Built between 1180 and 1250 AD, the church was later expanses and restored. It has walls made of wooden boards or staves. It was built on a basilica plan and it has reduced side aisles.

The church also has a raised central nave and an ambulatory. Both features were added in the 14th century. It has tiered, overhanging roofs and a tower on the top. The gables of the roof feature 4 dragon heads. The interior of the church has been almost entirely removed. The only things left are an altar and a cupboard.

Hallgrímskirkja is a Lutheran church and it can be found in Reykjavík, Iceland. It’s the largest church in Iceland (74.5 meters and the 6th tallest structure in the country. It was named after the Icelandic poet Hallgrímur Pétursson.

The church was designed by architect Guðjón Samúelsson in 1937 and it is said that he designed it to resemble the basalt lava flows. The construction took 38 years to complete and the church has become a landmark. Inside the church there is a large pipe organ by Johannes Klais of Bonn with 102 ranks, 72 stops and 5275 pipes. It weighs 25 tons. Given the height of the church, it is also used as an observation tower.

This is the Chapel of St Michael d’Aiguilhe located in Le Puy-en-Velay, Auvergne. It sits on a rock that has been a sacred place from the prehistoric times.The romans dedicated this place to Mercury and then the Christians built this chapel to honor St. Michael.Three great stones are incorporated into the chapel and they are thought to be the remains of a prehistoric dolmen. The chapel was built by Bishop Godescalc and the deacon Trianus in 962. At first it was nothing but a simple shrine. Then it became a sanctuary and a chapel. In the 12th century it was extended and two side chapels, a narthex with an upper gallery, a carved portal, and a bell tower were added.

The Church of Arbore is located in Suceava, Romania. It was dedicated to Saint John the Baptist and it was the first Moldavian painted church to be included on the UNESCO World Heritage List. Both the commune where it’s situated and the church itself were named after the boyar Luca Arbore. He was the one who built the church in 1541.

It took only 5 month for the church to be completed. The exterior painting date from the 1541 and it took the artist 40 years to complete the project. The most well-preserved paintings are on the western wall. The damage was produced mostly because the church roof was plundered by Cossack troops and melted to make bullets.

Milan Cathedral is located in Milan, Italy and it is dedicated to Santa Maria Nascente. It is also the seat of the Archbishop of Milan, currently Cardinal Angelo Scola. It was built in the Gothis style and it took almost 6 centuries to complete. It is the 5th largest cathedral in the world and the largest in Italy.

The construction of the cathedral began in 1386 under Archbishop Antonio da Saluzzo. But before that three main buildings were demolished. Large donations were collected for the project. Several architects worked on the project such as Nicolas de Bonaventure and Jean Mignot. Mignon declared that everything that had been done was without science and that everything was in peril of ruin. Nevertheless, the construction continued and the church was completed.

Known as Catedral Basílica Menor Nossa Senhora da Glória or Catedral of Maringá, this impressive structure is a Roman catholic cathedral that can be found in Maringá, Paraná, Brazil. It has a height of 124 meters and it’s the tallest church in South America as well as the 16th tallest in the world. The church was completed in 1972.

Designed by architect José Augusto Bellucci, the inspiration for this project came from the Soviet sputnik satellites. It has a modernist, conical shape. It has a stone foundation. Built between July 1959 and May 10 1972, the church houses a piece of marble from St. Peter’s Basilica in Rome blessed by Pope Pius XII which was laid there in 1958.

The Salt Cathedral of Zipaquirá is located in Cundinamarca, Colombia. It’s an underground Roman Catholic church and it was built within the tunnels of a salt mine. It can be found 250 meters underground in the Halite mountain.

The temple at the bottom of the church has 3 sections and they represent the birth, the life and the death of Jesus. The church is also decorated with ornaments and architectural details as well as with marble sculptures. The cathedral is part of a larger complex including “Parque de la Sal” along with the Museum of mining, mineralogy, Geology and natural resources.

Chapel on the Rock.

Officially known as Saint Catherine of Siena’s Chapel, the Chapel on the Rock is a tourist landmark that can be found in Allenspark, Colorado. It’s situated on the grounds of the Saint Malo Retreat Center for the Roman Catholic Archdiocese of Denver.

The chapel was designated a historic site in 1999 by Boulder County. During his visit to Denver in 1993, Pope John Paul II prayed at the chapel and gave it his personal blessing. Even though the Saint Malo Retreat Center was destroyed by fire in November 2011, the chapel remained intact and was not damaged. It remains a popular tourist attraction for thousands of visitors every year

The official name of the Jubilee Church is Chiesa di Dio Padre Misericordioso (Church of God the Merciful Father). It’s located in Rome and it is considered to be the crown jewel of the Vicariato di Roma. Structurally, it features four parts.

It includes the precinct with the church and community center, the northeastern terrace, the northwest recreation court and the west parking area. The south side of the church has 3 large curved walls made of concrete meant to control the temperature. They contain titanium dioxide in order to maintain the exterior white and, as the director of research and development for Italcementi, it also destroys air pollution.