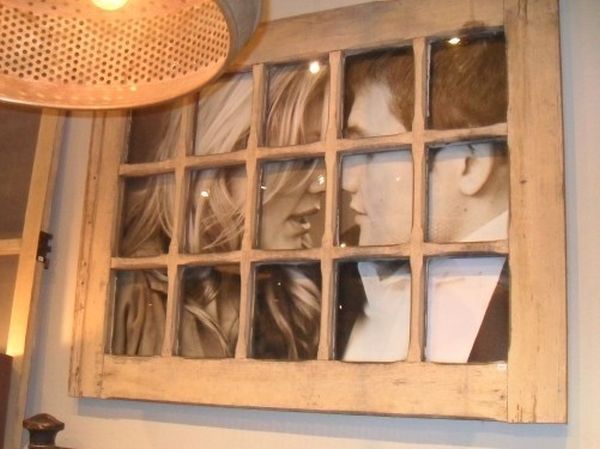 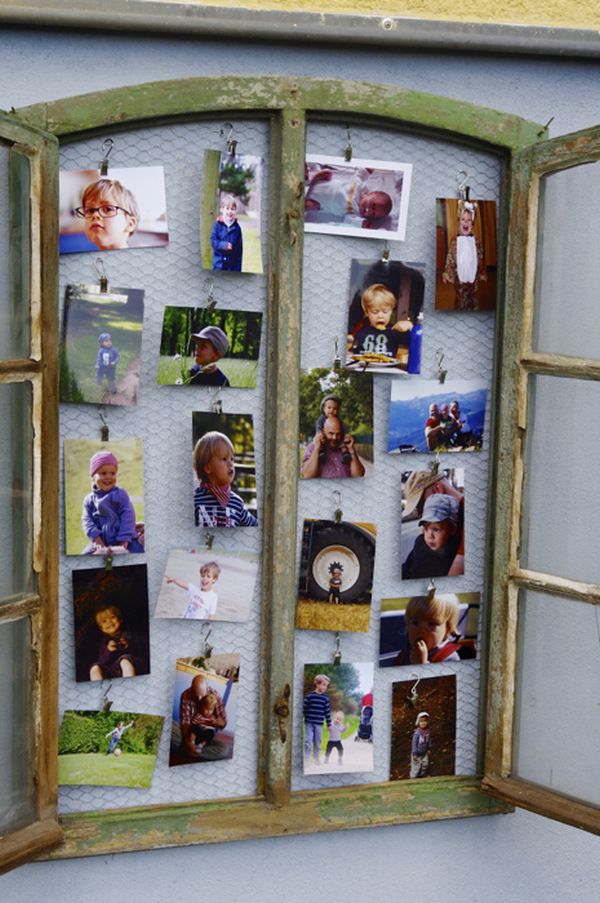 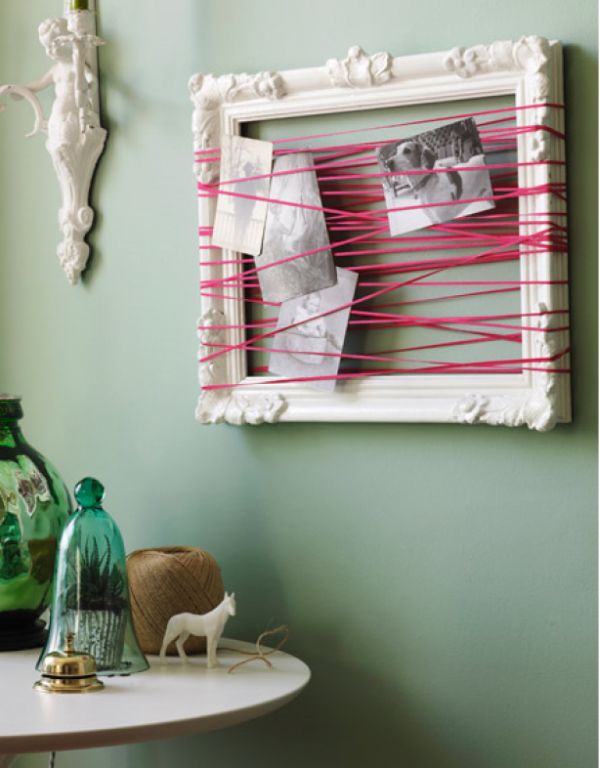 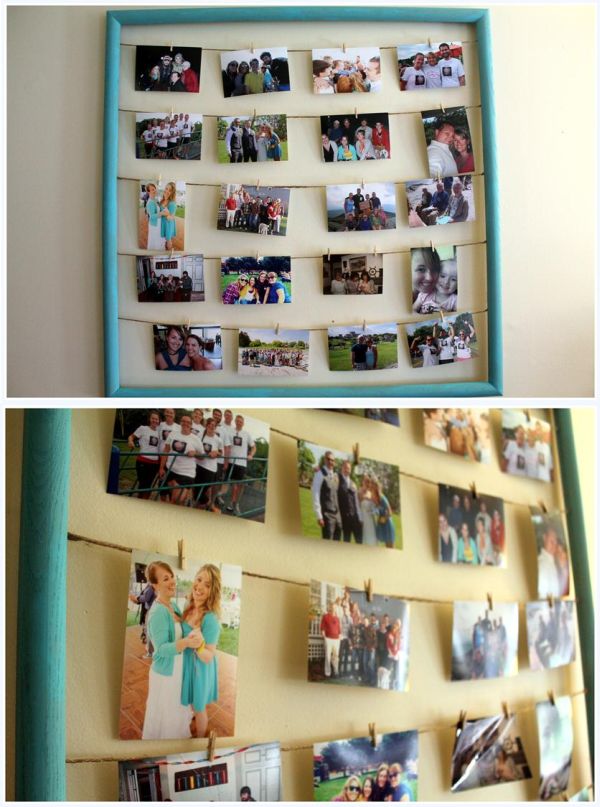 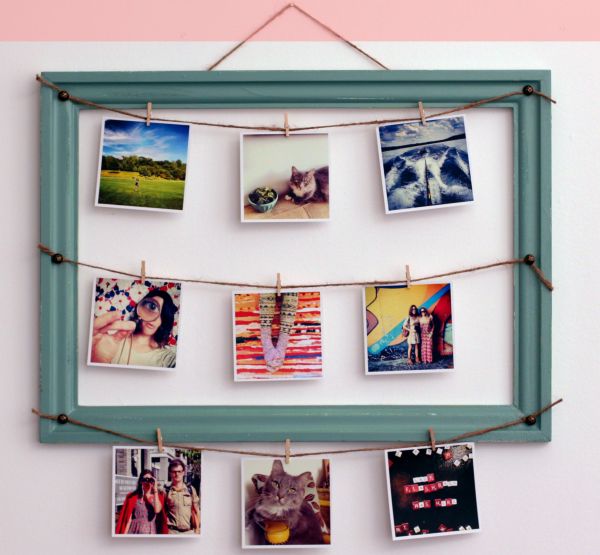 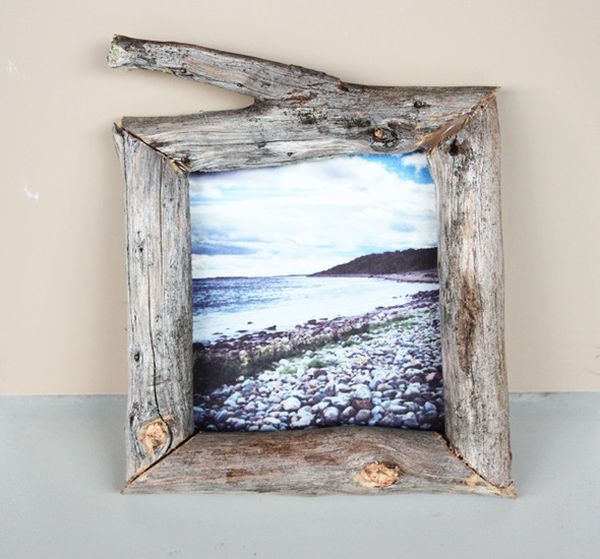 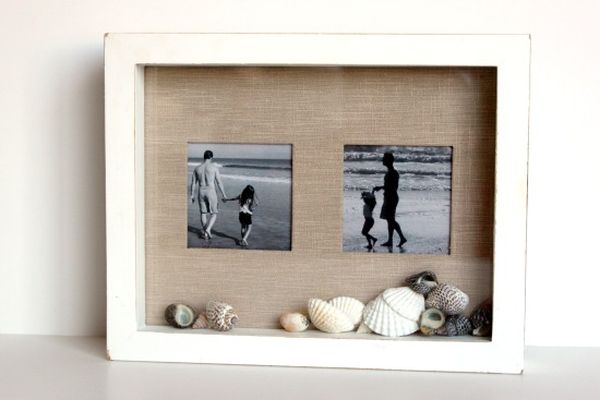 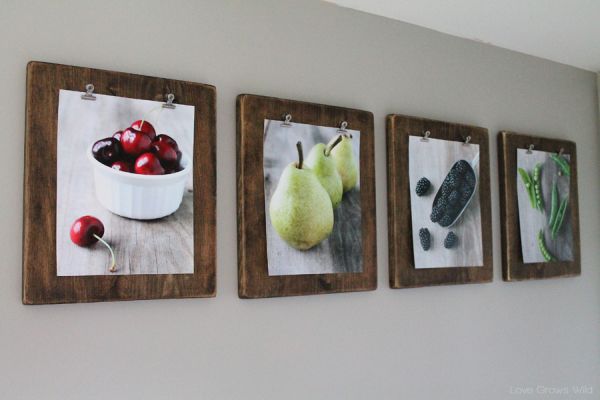 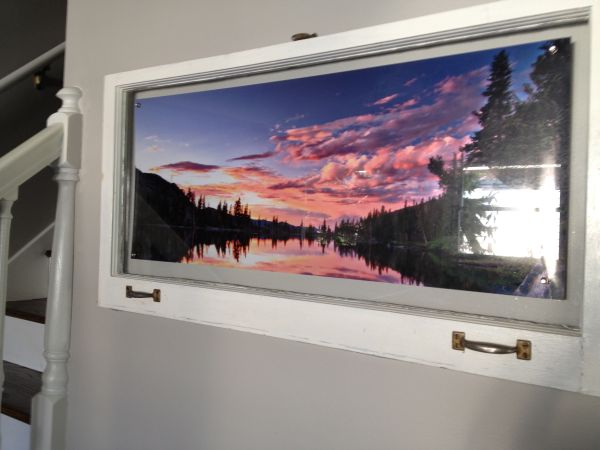 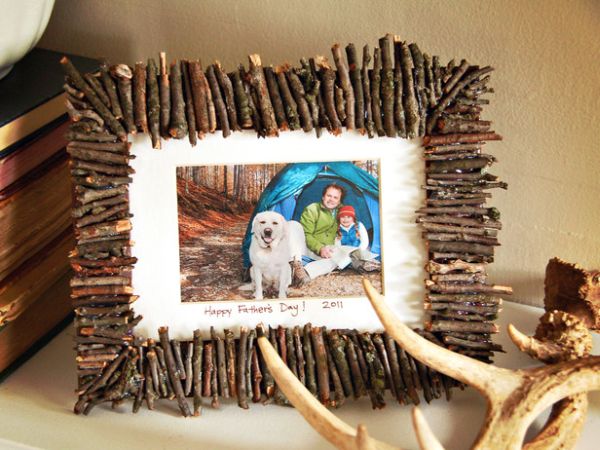 Can’t really think of any particular gift for a loved one? How about making something yourself? That’s always a good idea. You could make a photo frame. It’s not difficult and it’s also a great gift. What could be more beautiful than a photo of your loved ones in a beautiful frame? And in case you can’t figure out a design, here are a few ideas:

You could make a rustic frame. You’ll need twigs, glue and a wooden frame. This is more like a photo frame makeover. You basically glue small twigs to the frame until it’s all covered up.{found on hgtv}.

Another idea is to repurpose an old window as a frame. It will also have a rustic look but it will be more suited for a painting or a poster rather than for a photo. You can replace the glass if you want and you could also paint the frame.{found on keepsonringing}.

You can also always make a frame from scratch. Take some pieces of wood, sand them down and stain them. Then hammer a sawtooth hanger onto the back of each board and flip it over to add the photo clips.{found on lovegrowswild}.

This is a photo frame in which you can also put small items such as shells for example to create a nice theme for the actual photo. It’s an interesting idea and this way you can personalize the frame in whatever way you want.{found on site}.

If you’d rather make something more organic-looking, you can try using branches from a tree. But don’t harm the tree and just try to find some fallen branches. Cut four pieces and then blue them together to make the frame.{found on site}.

An old photo frame can be used in many different ways. For example, this is one is sued to display photos but not in the traditional way. To make something similar you’ll need an empty frame, some spray paint, nails, twine or rope, clothespins and photos.{found on site}.

This is a similar example but the frame here is bigger. It allows you to display more photos. You could use the frame from an old painting or you could also try using a window.{found on delightfullyteal}.

And here’s another interesting way in which you can use a frame. This one has a nice sculptural look and the colored yarn was just wrapped around the frame instead of using nails to attach it. You don;t even need clothespins in this case.

And since we were speaking of old windows and how they can be turned into interesting photo frames, here’s another interesting example. This is a double window and it has an arched design which makes it eye-catching.{found on tagfuertag}.

You can basically use any kind of old window. Even this type of design can turn out to be great. It creates a nice puzzle-like effect for the photo.You can paint the frame or leave it like that.